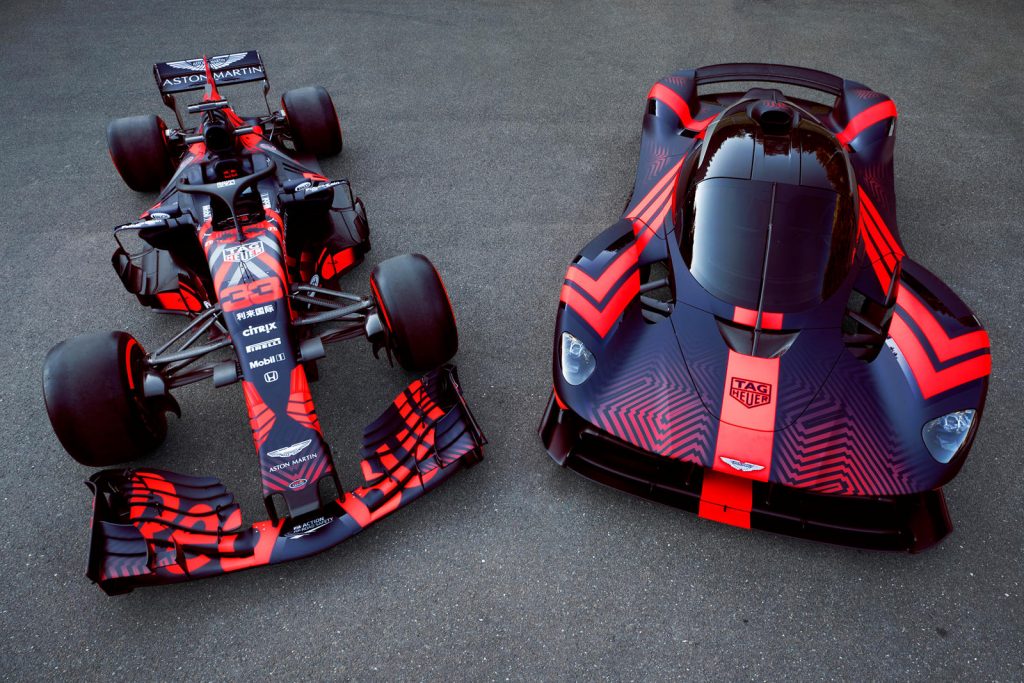 Ex-Formula 1 driver Nico Rosberg does not have a Valkyrie on order but, Aston Martin has allowed him to spec out his ideal version of the forthcoming hypercar.

As you will see in the film below, Rosberg states that the track-only variant running on slick tyres could be faster than a current F1 car. According to Rosberg, the ‘lesser’ road-legal version of the Valkyrie will be capable of achieving lap times 95 percent as quick as a modern Formula 1 car. Moreover, the Track Performance Pack strikes the pace of the Valkyrie up to 97 percent of lap times that can be set by an F1 car. Rosberg then added that the range-topping track-only model will be 5 percent faster than a Formula 1 car when running on slick rubber.

As a reminder, the Aston Martin Valkyrie sources its power from a hybrid powertrain that consists of an electric motor from Rimac and Integral Powertrain good for 160 hp (120 kW) and 280 Nm of torque. This electric powertrain, however, will be a wingman to a Cosworth 6.5-litre normally-aspirated V12 engine that fires a peak output of 1,000 hp (745 kW) and 740 Nm of torque before hitting the rev limiter at a remarkable 11,200 rpm.

Aston Martin has spoiled lucky buyers of the Valkyrie with a wealth of options when it comes configuring their dream cars. One of the owners will even have moon dust dropped into the paint of his Valkyrie.

Finally, towards the end of the clip, Rosberg reveals that 25 percent of Valkyrie owners have ordered their hypercars with backup engines. What’s even more bonkers is the fact that there are a handful of buyers that have ordered TWO extra engines, each with a price tag of £150,000* (approx. R2.8m) with the intent of using one as a coffee table.

*This is what Rosberg says in the video but apparently this is not entirely accurate and could actually be in the £400k range.