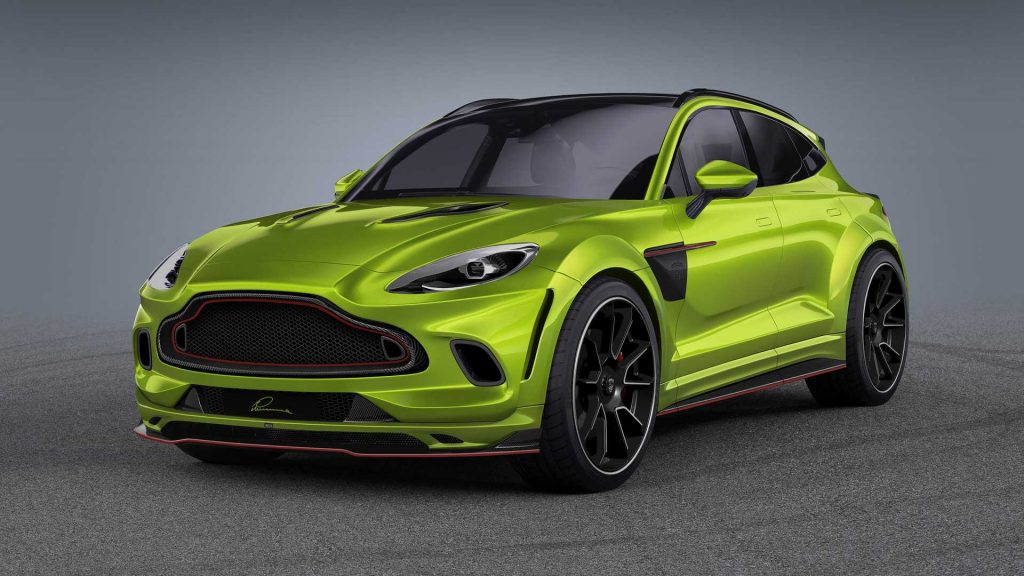 Just this morning we brought you the Aston Martin DBX by Q and now we have a first look albeit digital of Lumma Design’s take on the first-ever SUV from the British manufacturer.

It is called the Lumma CLR AM and as we have come to expect from the German tuner, it packs some serious road presence.

Upfront you will find a redesigned bumper with lip spoiler attached, new air intakes on the hood and a grille frame surround all finished in carbon fibre.

At the back of the SUV, you will notice a fairly drastic change with a new diffuser, boot spoiler and roof spoiler also made from the magic material. No matter what colour your vehicle is, the exhaust pipes are finished in a polarizing red.

Completing the exterior modifications is a set of rather large wheels with a five-twin-spoke design and a central lock look.

Just 20 copies of this kit will be available for purchase with deliveries planned to start at the end of this year. Lumma Design seems to be hugely popular in South Africa so don’t be surprised if we see one of these roaming the streets towards the end of the year or beginning of 2021.