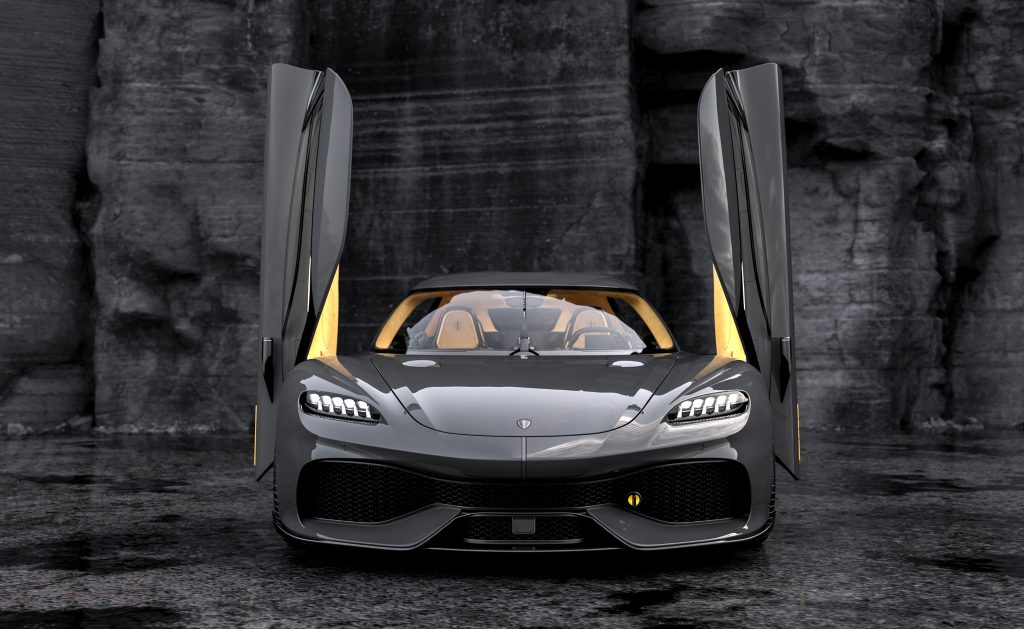 Koenigsegg decided to make use of their stand at the Geneva Motor Show as they had some special cars to reveal. The first was a top speed-focused Jesko called the Jesko Absolut and the second was the first Mega-GT the world has ever seen.

Welcome the Koenigsegg Gemera which seats four large adults comfortably with space for carry-on luggage. Despite being a four-seater, the Gemera easily outperforms most two-seat mega cars, both combustion and electric.

The Gemera comes with an evocative and deep-throated growl from its large displacement Freevalve 3-cylinder engine.

The Gemera yields a combined power output of 1,700 hp or 1.27 MW. The three electric motors – one for each rear wheel and one on the crankshaft of the engine – have a combined output of 800 kW or 1100 hp simultaneously, or 1400 hp when counted individually. On top comes 600 hp and 600 Nm from the 2-litre 3-cylinder dry-sumped twin-turbo Freevalve engine, named the Tiny Friendly Giant (or TFG for short).

The Gemera features giant full-length Koenigsegg Automated Twisted Synchrohelix Actuation Doors (KATSAD) that open wide. The doors are unhindered by the absence of B-pillars, thanks to a strong carbon monocoque. The door opens to reveal an impressive four-seater space that boasts equal ease of access, comfort and respect for both front and rear passengers.

The Gemera is limited to 300 cars with two units destined for South African shores.