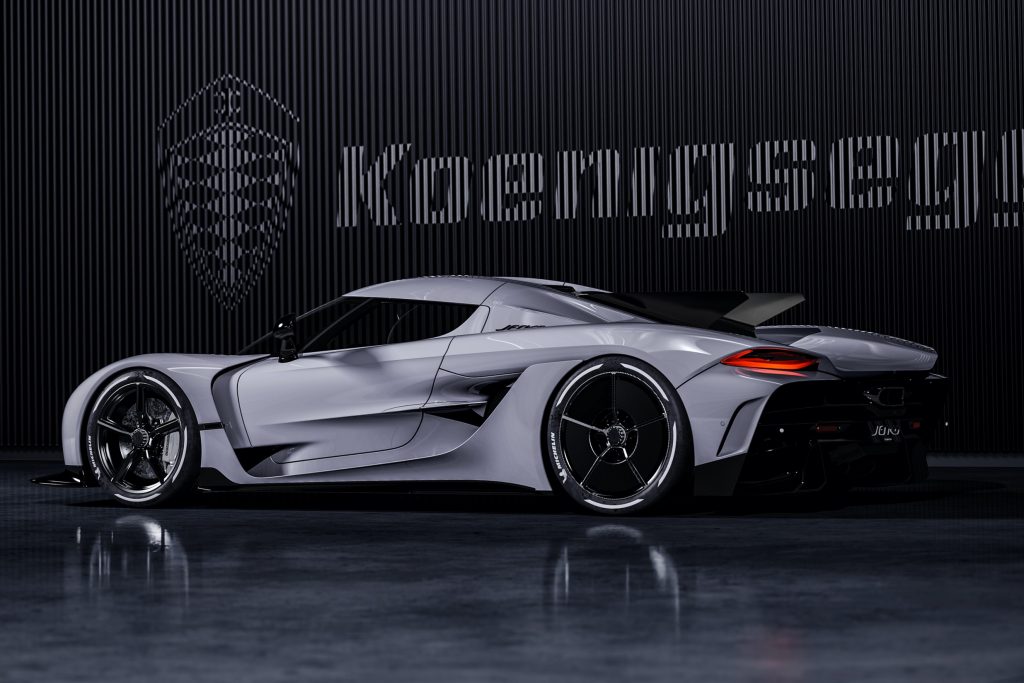 We knew it was coming and now a year later from the debut of the Jesko (track version) we get to see the Jesko Absolut.

It is the fastest Koenigsegg ever made and will be the fastest forever as they will not make anything as quick ever again.

The dramatic streamlining of the Jesko Absolut and the lack of a massive spoiler, gives the Jesko Absolut a sleek appearance. The two fins that replace the rear spoiler take inspiration from the F-15 fighter jets that come equipped with similar and iconic double vertical stabilisers.

It is powered by the same 1600 hp twin-turbo V8 found in the regular Jesko and although they are not sure when or how they will certainly attempt a top speed record in the Absolut.