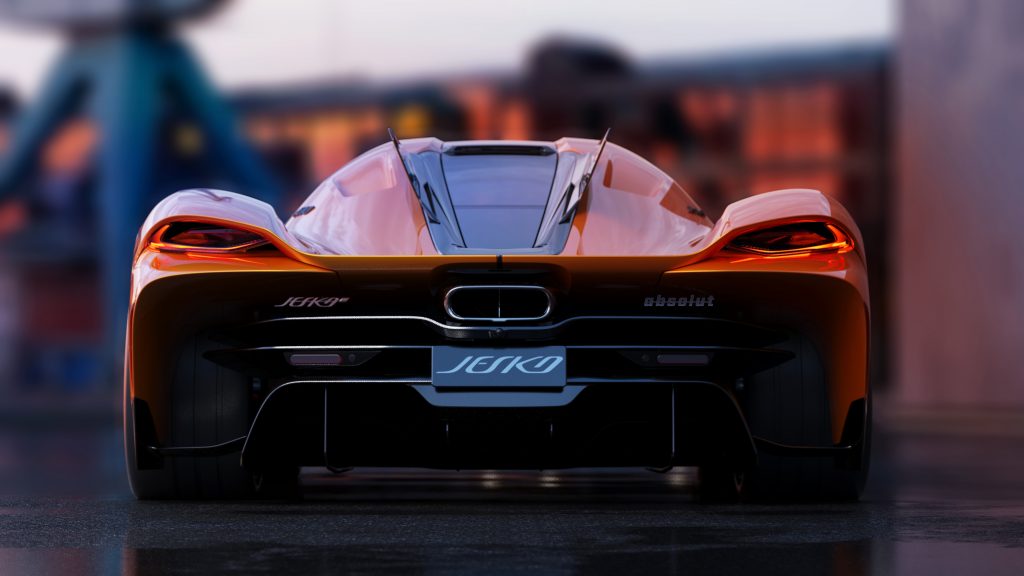 Koenigsegg took the covers off their go faster, more slippery Jesko called the Absolut this week which will aim to smash through the 500 km/h mark.

They have not specified the top speed as they have not got to the point of testing it yet but the folks over at Road & Track found out the car can theoretically get up to 330 mph (532 km/h) after taking into account the drag coefficient of only 0.278, the immense power provided by the twin-turbo 5.0-litre V8 and how it’s delivered through the rpm range. They also factored in the frontal area as well as the gear ratio of the nine-speed automatic transmission, which Koenigsegg says it can go through gears “in virtually zero time from any gear to any other gear – regardless of how many gears are skipped.”

Obviously theory is very different to reality and they would need to find a long enough (and safe enough) piece of road to unleash all 1,600 hp of the Swedish hypercar.

Christian von Koenigsegg said the Jesko will only get to about 85 percent of its top speed at the three-mile runway at Johnny Bohmer Proving Grounds in Florida. That “maths” equates to the hypercar hitting “just” 280.5 mph (451 km/h).

The Ehra-Lessien proving grounds in Germany would probably be the ideal place to attempt a top speed run but that is owned by Volkswagen Group. As you should know, Bugatti is part of the group and the chances of them allowing Christian and his team on their own turf where they hold the record are pretty non-existent.

Mr Koenigsegg estimates they will attempt a top speed run within a year and is not concerned about the tyres handling such extreme speeds. In-house testing of an Agera RS with the standard tires of the latest hypercar revealed the rubber was able to withstand a speed of 330 mph for a full minute without any problems.