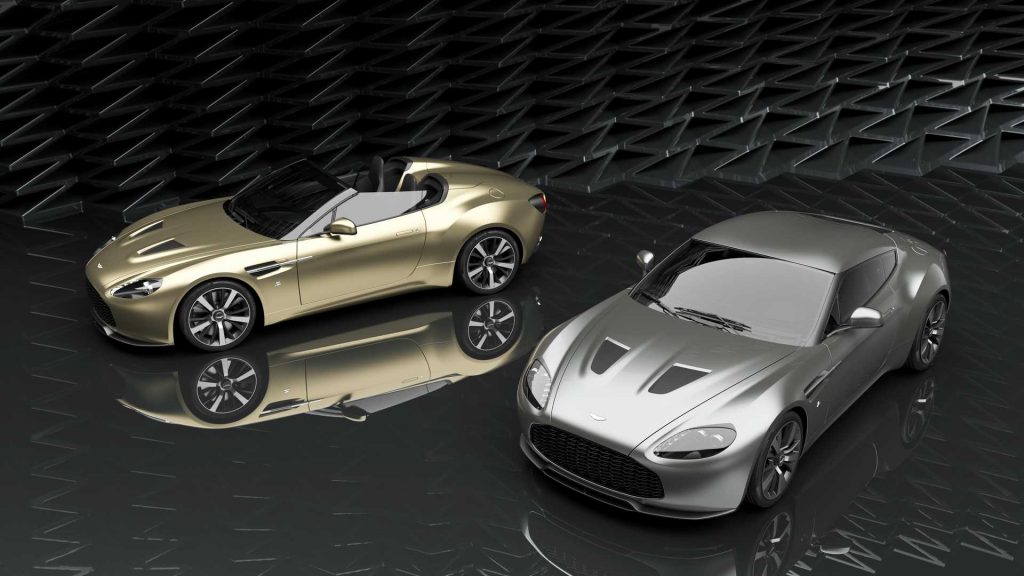 Aston Martin has collaborated with Zagato for six decades now and to celebrate the coachbuilders 100th anniversary, there is a new offering sold exclusively as a pair.

They are based on the old V12 Vantage but get new bodywork made from carbon fibre to complete the Coupé and Speedster Heritage Twins.

Just 19 of each body style will be built each packing a 5.9-litre naturally-aspirated V12 up front delivering 600 hp (447 kW). This is the same power output we saw in the V12 Vantage V600 that was revealed a few years ago.

The first pair (seen here) have been spec’d by Marella Rivolta Zagato who jointly runs the coachbuilder together with her husband, Andrea.

The first customer deliveries will take place in the final quarter of this year and will cost you a pretty penny.

As expected, the sky is the limit when it comes to customizing your purchases so expect to see some pretty special creations from customers around the world.