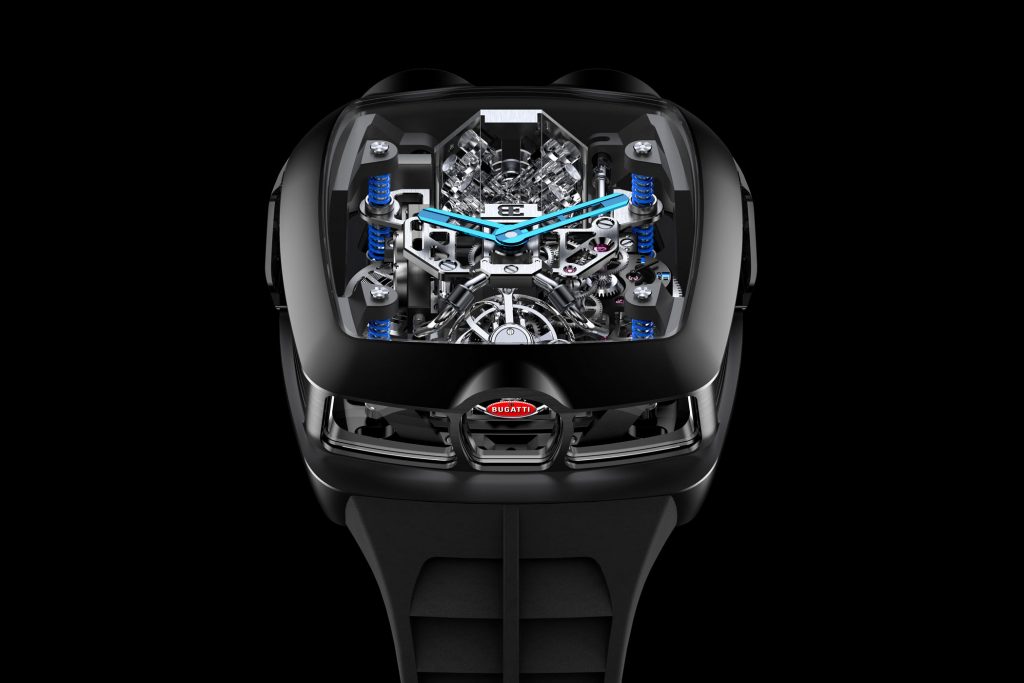 Last year Jacobs & Co. and Bugatti signed an agreement to create timepieces that honour the power and performance of both brands. This resulted in the Twin Turbo Furious and the Epic X Chrono. Now, though the two companies introduce an all-new line: the Bugatti Chiron that honours Bugatti’s W16 masterpiece.

This incredible creation is powered with a movement that emulates the 16-cylinder Bugatti engine, complete with crankshaft and pistons. In fact, the 16-cylinder piston engine of the manual winding movement consists of a massive 578 hand-assembled parts.

At the press of a button, 16 tiny pistons churn up and down inside the cylinders of a complex crankshaft that was milled from a single piece of steel at tolerances so precise, it took three days to program the CNC machines that produce it.

The watch can be customized with different colours to match your Bugatti car or set with gems. Jacob & Co will produce 250 units which will likely be snapped up very quickly by Bugatti owners themselves after all if you can afford upwards of €2.5 million for a Chiron, a starting price of $280,000 for the watch shouldn’t be a problem.