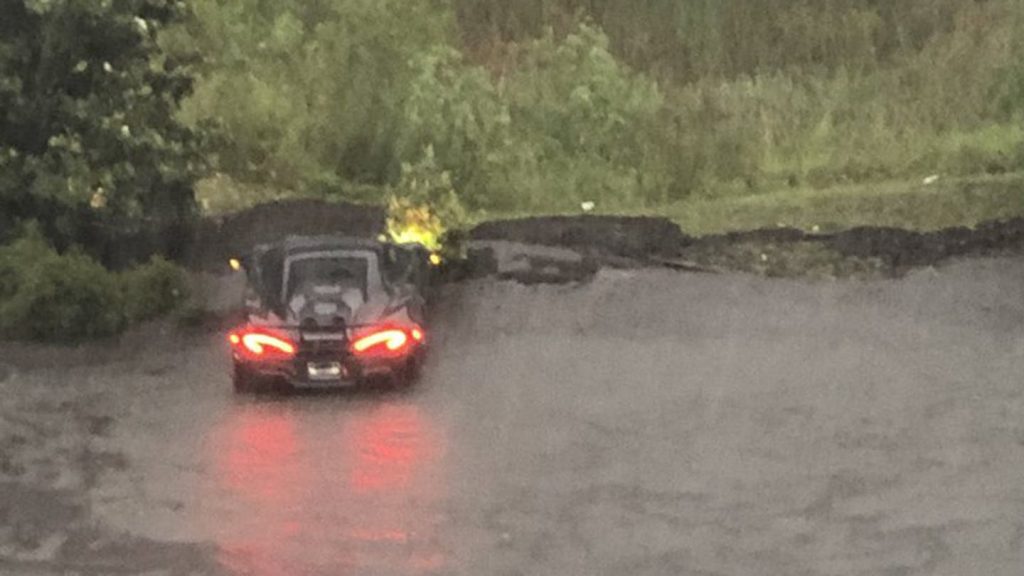 Attempting to drive through a flooded road is not the best idea in a regular car and even worse so if it is something as low slung as a McLaren.

One McLaren 600LT Spider owner attempted to cross the flooded intersection in their British supercar and ended up floating way off course. The car veers to the right and ends up on an embankment. It’s not clear if they were trying to make a right turn and the front wheels floated off the ground, or if the sheet of water kicked up by the car’s nose obscured the driver’s vision. Either way, it is stuck and will not be going anywhere in a rush.

Twitter user mikesj73 caught the event on camera and mentioned that although the driver was fine, the car “didn’t sound great”.

Let this serve as a reminder that floods are to be avoided at all costs, no matter what car you’re driving. Safety should always be your primary concern.