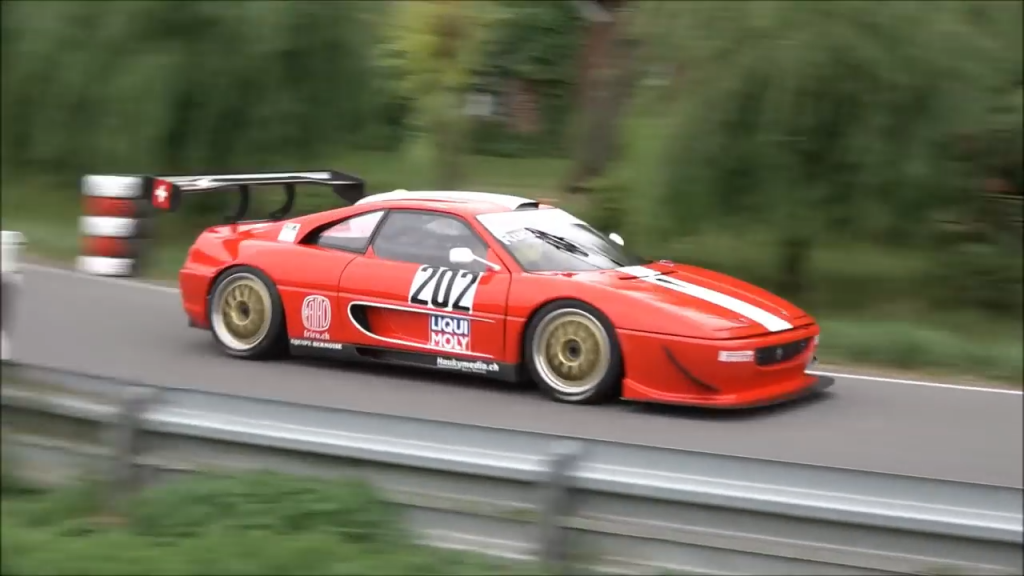 Every now and then a YouTube video is released showing off some kind of crazy hillclimb build and now its the turn of the Ferrari F355.

This particular Fezza was built for competing in the Swiss hillclimb championship and has been fitted with a British V8.

The original Maranello-made engine has been replaced with a de-stroked 4-litre Zytek (now called Gibson) naturally aspirated V8 with 520 hp (388 kW) and 525 Nm of torque.

British engines of old were a little clunky but this is a masterpiece built for endurance prototypes and revs out to a mega 9,000 rpm.

Driver and owner, René Ruch also managed to drop the weight from 1350 kg to 975 kg which makes this mid-engined Italian Stallion a serious weapon.

Put your headphones on or crank up your speakers and enjoy this shrieking V8 from the Osnabruck and Oberhallau Hillclimb.