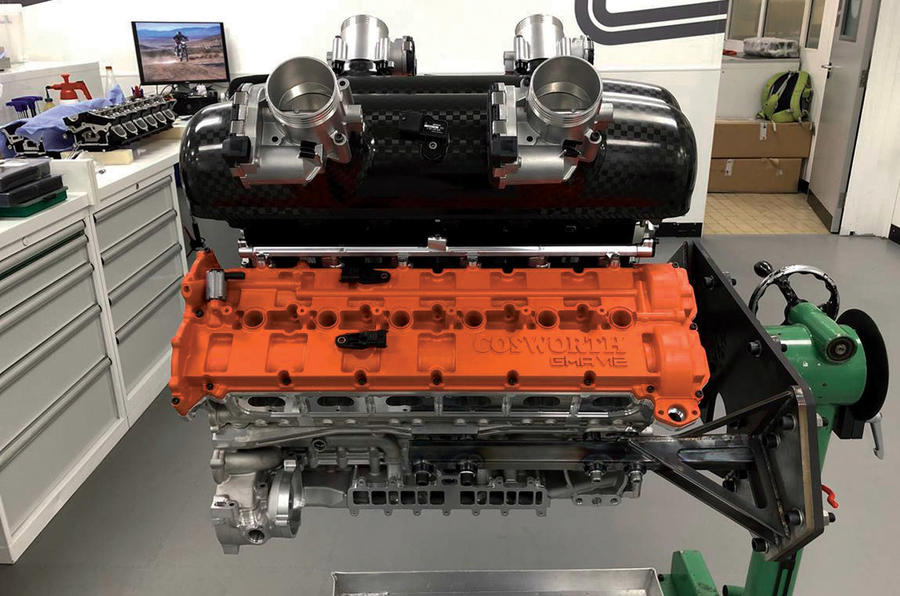 South African born Gordon Murray is hard at work on a new car called the T.50 which is due in 2022 from the self-titled brand Gordon Murray Automotive.

Huge strides are being made especially with the Cosworth-designed V12 engine which has been fired up for the very first time.

GMA has already tested the engine which not only meets the emissions targets but also exceeds its estimated power and torque outputs. This has led Murray to lift the official peak power output from the originally quoted 641 hp (478 kW) at 11,500 rpm to 663 hp (494 kW).

Remember this is a naturally aspirated V12 revving to 12,100 rpm which will be the highest of any road car. Murray said that at high revs, “the V12 will sing like nothing else on the road”. Just for interest’s sake, it is around 1,000 rpm higher than that Aston and Mercedes-AMG are promising for the Valkyrie and One respectively.

The 3.9-litre V12, will send its grunt to the rear wheels via a 6-speed manual transmission developed by Xtrac.

Just 100 T.50’ss will be built for road use (25 track versions are still a possibility), each of them with a price tag of $2.5 million. The good news is that the T.50 is just the first of a series of performance-oriented cars planned by Gordon Murray Automotive.

The full reveal will reportedly take place on the 4th August.