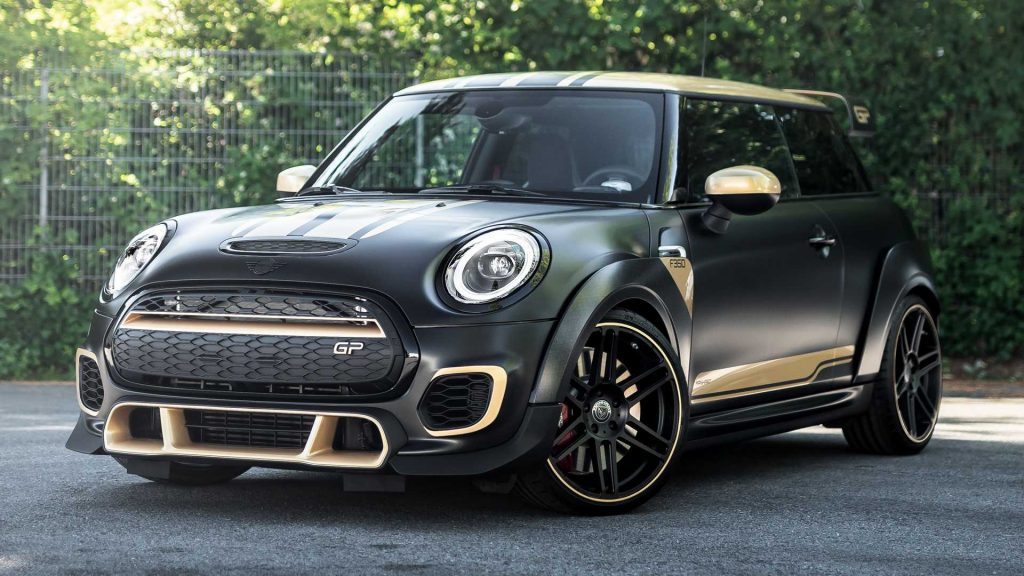 The latest MINI John Cooper Works GP is the third generation of the range-topping model and now Manhart can offer you something a little more for the go-kart-like machine.

The tuner remaps the turbocharged 2.0-liter engine’s ECU, adds a Manhart intercooler from Airtec, and installs a cat-back exhaust system with a four-stage flap control. Manhart also replaces the pipe for the gasoline particulate filter.

The suspension in the GP3 is finely tuned in factory form so they left that alone but they did lower the hatchback by 20mm in the front and 15mm in the rear.

Visually we get the typical Manhart decorative stripes and accents in gold as well as some matte black 19-inch Manhart Concave One rims.