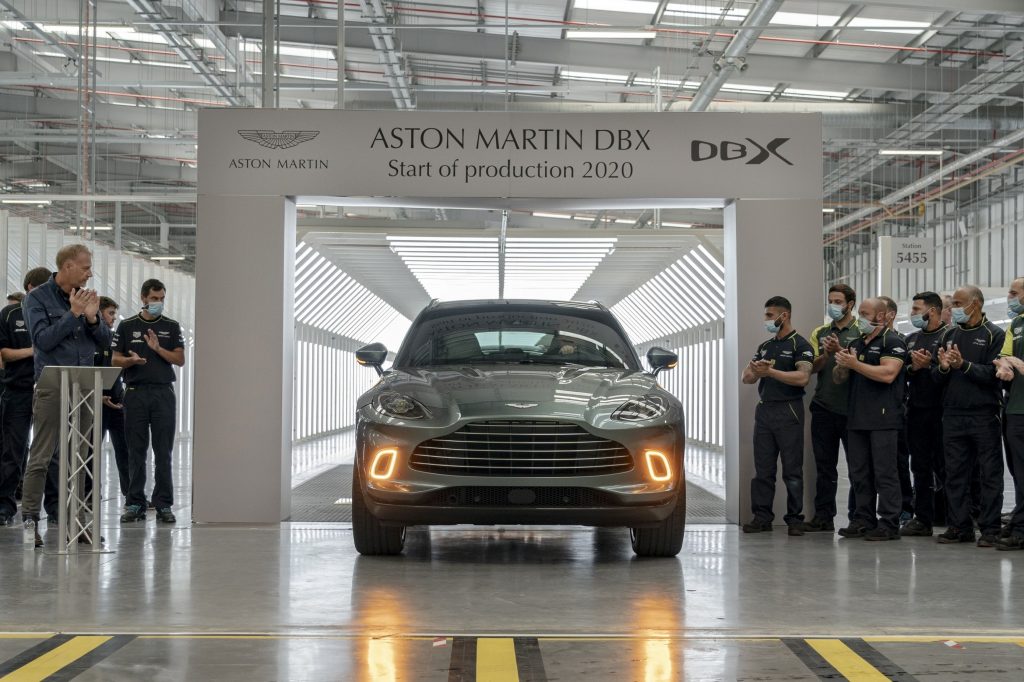 Aston Martin started development on the DBX way back in 2015 and now production has begun which will be crucial to the long-term future of the company.

The DBX is set to become their most important model ever with the manufacturer expecting it to account for around half of the company’s total sales in the coming years as well as broadening Aston’s customer base beyond its core sports car market.

The DBX will be produced at the new St Athan plant in Wales which was purposely built for the DBX production line.

The first series-production DBX rolled off the line yesterday with interrim chief operation officer Keith Stanton at the wheel of the Stirling Green SUV.

Aston claims to have taken more than 2000 orders for the DBX so far, sustaining production into 2021. The plant’s annual output will be around 4000 cars.