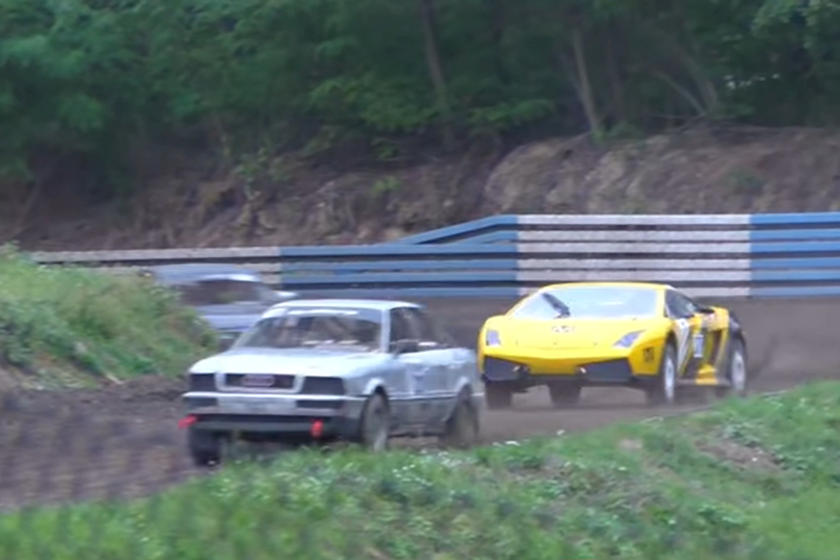 Every now and then someone has enough time and dollar to convert a serious road-going supercar to something that can handle a little bit of dirt.

Once in a blue moon do you come across a Raging Bull being converted into a full-blown rallycross car but alas someone has done it and we want a go in it.

A video was uploaded to YouTube by TH-Motorsport last month which captures quite possibly the only Rallycross Lamborghini Gallardo in the world competing in the Autocross Ortrand in Eastern Germany.

The stunning V10 soundtrack can be heard at full taps and we are even treated to some flames thrown from the custom twin Performante-like exhausts.