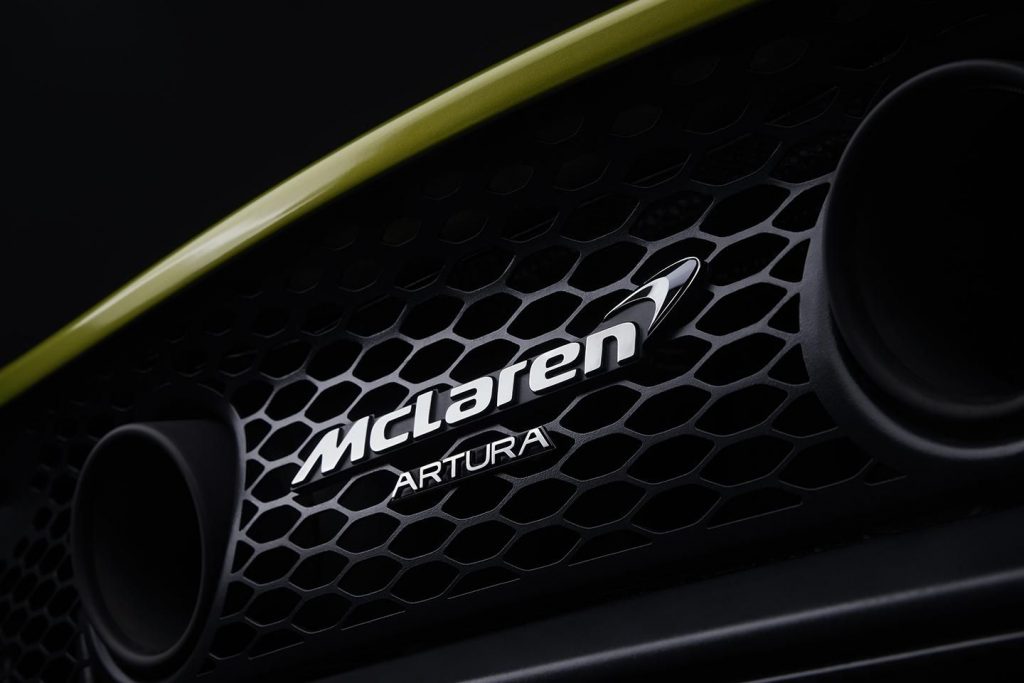 The McLaren naming convention was pretty simple using the metric horsepower output as the designation but since models like the Speedtail and Elva, things are getting a little more adventurous, including the upcoming hybrid Sports Series.

McLaren has confirmed the V6 hybrid car will be named Artura and will become the first modern Woking creation without the twin-turbo V8 engine.

The latest release says the Artura will “bring the full force of its expertise in hybrid powertrain engineering to the supercar class” with “scintillating acceleration” and more than sufficient for “everyday urban journeys”.

McLaren boss Mike Flewitt says that the new lightweight chassis is “every bit as revolutionary” as the MonoCell (when it was first introduced) and that it has “greater structural integrity and higher levels of quality.”

“Every element of the Artura is all-new – from the platform architecture and every part of the High-Performance Hybrid powertrain, to the exterior body, interior and cutting-edge driver interface – but it draws on decades of McLaren experience in pioneering super-lightweight race and road car technologies to bring all of our expertise in electrification to the supercar class.” he added.

Output of the system is expected to exceed 600 horsepower so you can bet it will be properly rapid.