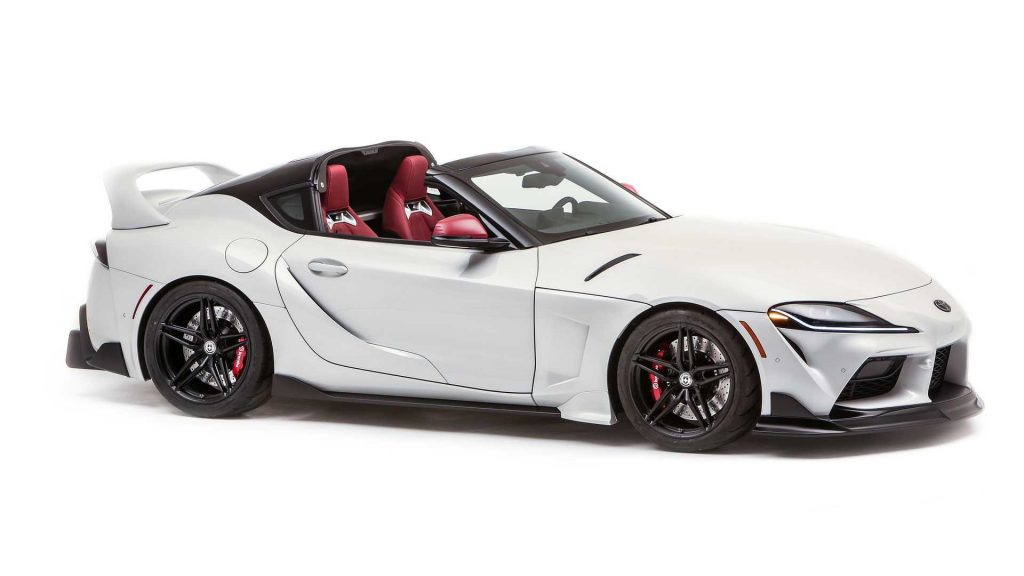 Toyota says it was inspired by the A80 Targa Supra while it was chopping off the roof of an A90 to create the GR Supra Sport Top concept.

This is a one-off created for this year’s digital-only SEMA show but the end result is actually quite impressive.

The original design was largely retained by using the original windshield header and outer roof body structure shapes on both the driver and passenger sides. It actually looks as if this is the vehicle’s original design, even though we know it clearly isn’t.

When you chop the roof you lose rigidity so the team behind the project added reinforcements underneath the car, from the engine bay all the way back to the tub’s rear. In addition, the outer body was bolstered to retain the GR Supra’s stiffness even with an open-top configuration.

Is this a preview for the Supra to return with a targa arrangement? We are sure there will be big enough demand so lets watch this space.