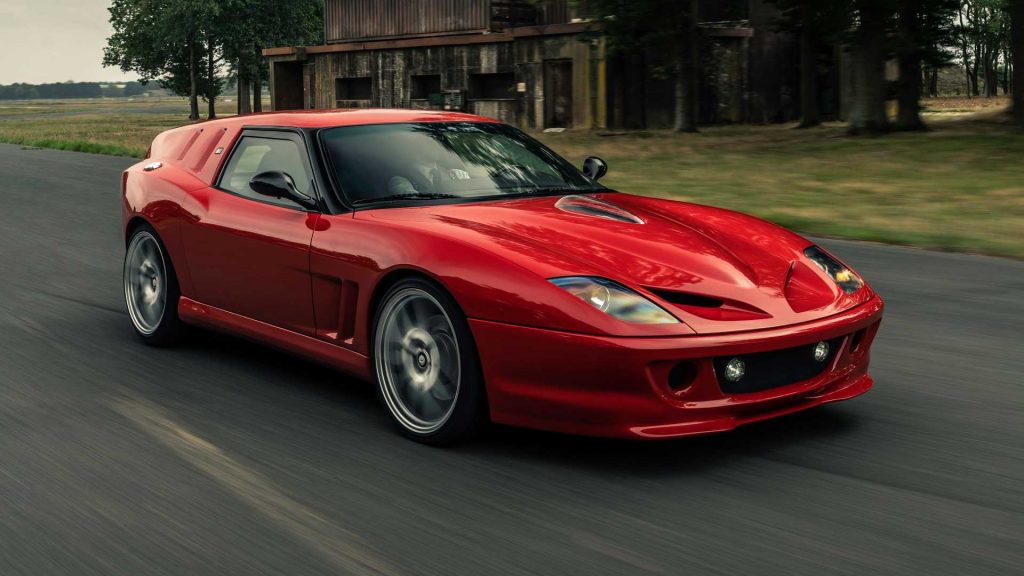 Thanks to coachbuilder Niels van Roij Design, the spirit of the 1962 Ferrari 250 GT SWB Breadvan is alive with this one-off tribute.

As you can see in the images included, the one-off Ferrari sports a boxy rear end to give the world a radical and retro shooting brake.

This Breadvan Hommage body was hand-beaten to obtain the final shape harkening back to the Le Mans racer of the early 1960s when it was dubbed the “La Camionnette” (little truck) or “Breadvan.”

Up front you will notice some similarities too with the dual air vents molded after those of the original Breadvan.

As you will see above, the original had six Weber carburetors piercing through the hood while being protected by a plastic cover. This 550 Maranello version attempts to copy that feature with a cutout in the hood and a clear bubble fitted.

Has anything remained from the original car? Just the windscreen according to the coachbuilder. The entire bodywork after the side windows was made from a single aluminum shell so that there wouldn’t be a shut line.