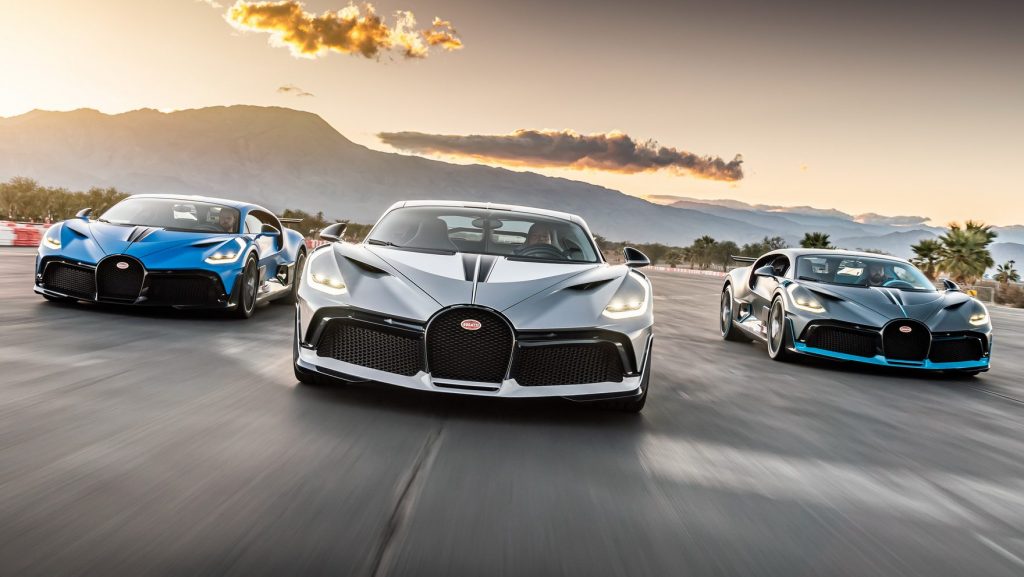 Bugatti will only be making 40 units of the Divo and the Bugatti Beverly Hills managed to get 10% of those as four units have come through them to the lucky clients.

We have already seen one of them nicknamed ‘Ladybug’ which sports the $1 million paint job and the next three (seen here) were all delivered together making for quite the photo and video opportunity.

While temperatures stagnate around zero in Molsheim, the headquarters of the French luxury brand, the three Divo fresh from production were able to demonstrate their skills under the Californian sun at the Thermal Club in Palm Desert, California.

Each unit comes in at a cool €5 million before any customizations so you are looking at a staggering R280 million worth of hyper sports car at a minimum.

“To see these spectacular automobile works of art go from piece of paper to sitting here in front of me is a phenomenal feeling,” says Tim O’Hara, General Manager Bugatti Beverly Hills. “It was a very involved and lengthy process that demanded our best skills and expertise. To deliver 4 of only 40 to be built in the world and see the project through fruition is deeply gratifying.”