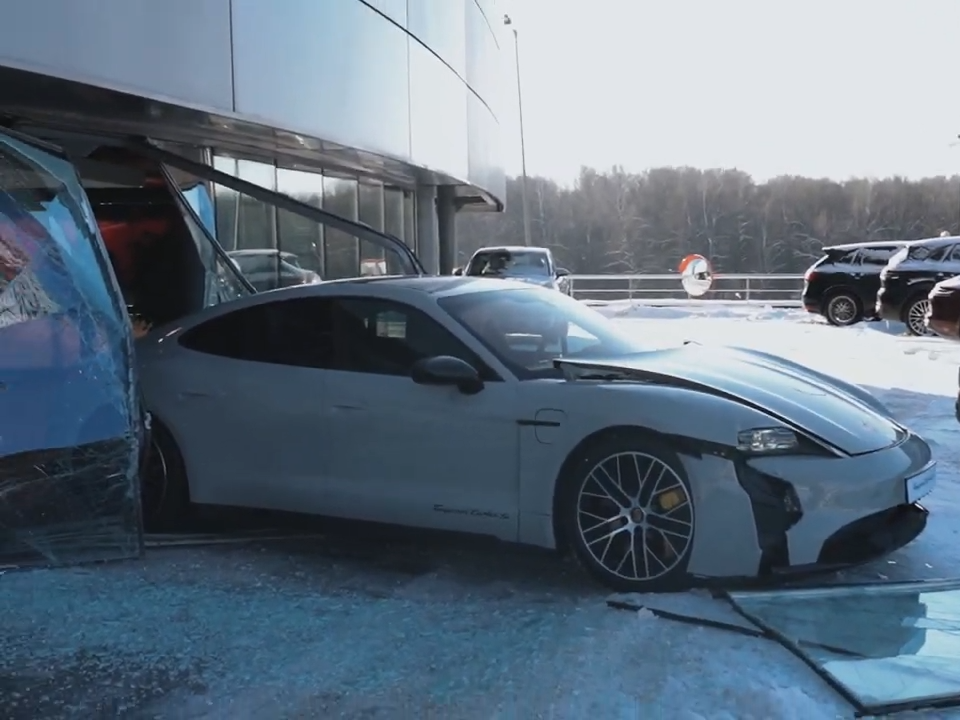 Remember the Russian YouTuber who burnt his Mercedes-AMG GT 63 S 4-Door Coupé to the ground last year? Well, he is back with some more destruction for the sake of YouTube clicks.

The video of his GT 63 S burning has amassed over 21 million views now and this one is likely to fairly viral too as it involves the just as expensive Porsche Taycan Turbo S.

The vlogger claims it was all a mistake after he hit the accelerator pedal instead of pressing the brakes, but we all know the real story here…. That’s actually his car and he decided to take delivery in a rather destructive way.

Motor1 asked their Russian friends to figure out the beginning of the video and this is what they had to say;

The three actors portray Stalin, Lenin, and Putin, with the latter telling Mikhail Litvin to live his life to the fullest, regardless of what the others say. The vlogger then enters the Porsche dealership and begins to literally sniff around before hopping behind the wheel of his Taycan Turbo S to wreak havoc.

Surely this is all getting a bit much now?