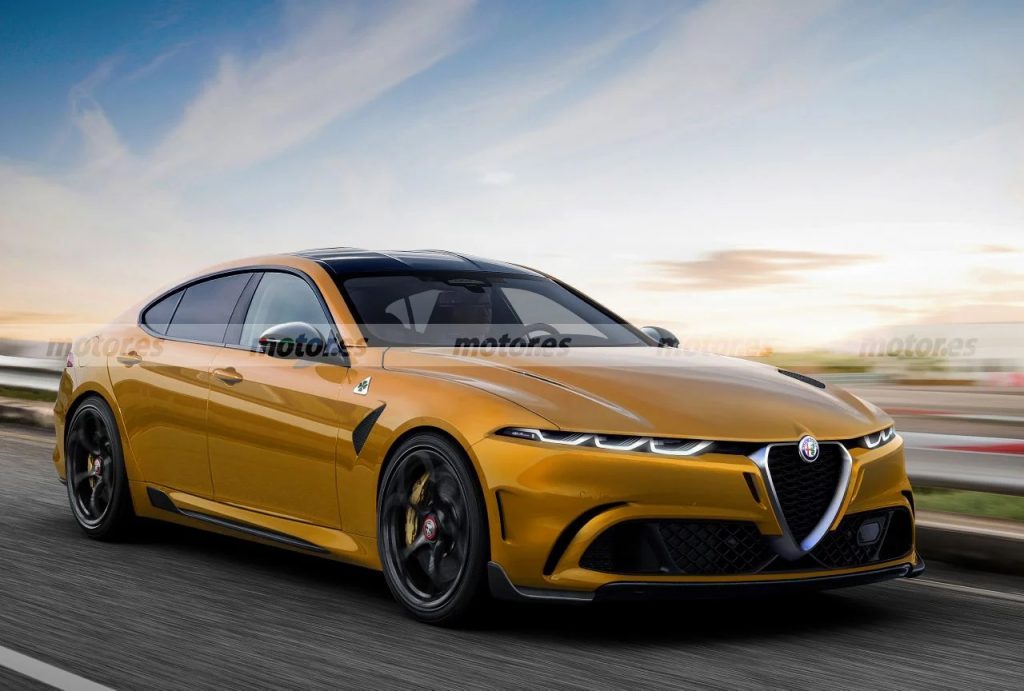 According to a new report coming out of Spain, Alfa Romeo is working on a new electrified large luxury sedan to do battle with the likes of the BMW 5 Series and Mercedes-Benz E-Class.

Spanish publication Motor.es reports the new large sedan will sit above the Giulia in the line-up and will debut globally in 2025.

The publication even went as far as creating a sleek rendering and if that is remotely accurate, we could have one of the best looking sedans in the world on its way.

The world is not exactly craving another large sedan like it craves SUV’s but this could bring some much needed sales for the Italian marquee as they bid farewell to the 4C Sports car and Giulietta hatch.

According to the report, which does not cite any sources, the luxury sedan will borrow Fiat-Chrysler’s billion-dollar Giorgio platform from the Alfa Romeo Giulia and Stelvio, and will be available with petrol, plug-in hybrid and EV powertrains.

Take all of this with a BIG pinch of salt for now because we have become quite familiar with the so-called ‘turnaround plan’ from 2014 which promised eight new models with a target of quadrupling sales in just four years. Clearly that did not happen.