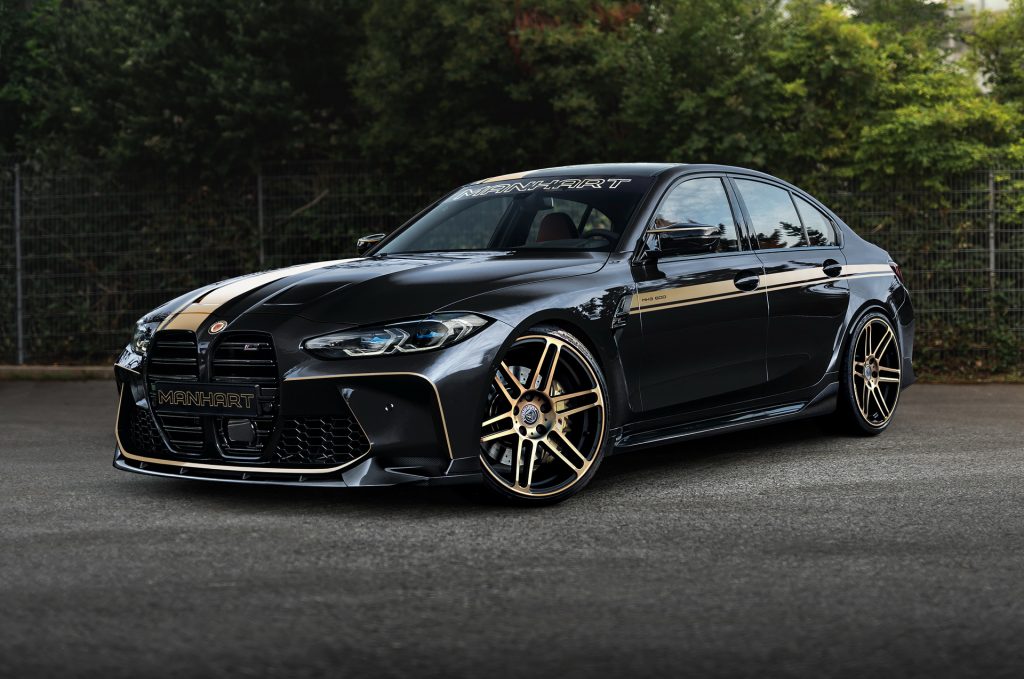 The new BMW M3 and M4 is arriving at showrooms around the world and so we can expect tuners and aftermarket shops to be getting their hands on them in the very near future and one of them will be Manhart.

They decided not to wait for an actual car to arrive and so they have shared previews of the upgrades in the form of digital illustrations.

As usual, Manhart has given it their usual black and gold styling as well as some massive 21-inch wheels and a host of carbon fibre components to drastically increase the visual impact.

The two cars are named MH3 600 and MH4 600 so you can guess what they are planning to do with the output of the twin-turbo 3.0-litre straight-six. Armed with the MHtronik Powerbox and one of two exhaust systems available, each one with twin carbon tailpipes, which raise output and torque to around 611 hp (456 kW) and 750 Nm (553 lb-ft) respectively in the Competition variants.

This is what they are calling ‘Phase 1’ so we will be sure to keep an eye on the Manhart crew to see what they have in the pipeline for the new M Bimmers.