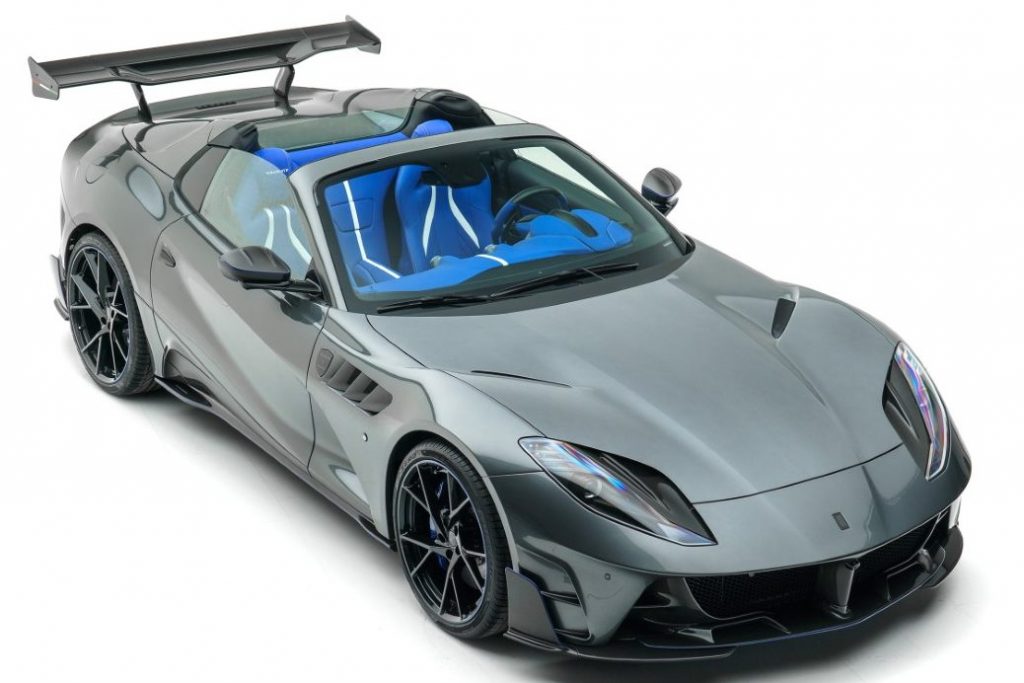 A new day and a new wild creation from Mansory only this time the focus is on the drop-top V12 supercar from the folks at Maranello.

What started out as a Ferrari 812 GTS it is now known as the Mansory Stallone GTS and as you can see, it is not subtle.

To match the visual drama, the 6.5-litre naturally-aspirated V12 has been dialled up to 820 hp (611 kW) with 740 Nm of torque. This is a result of optimizing the ECU as well as an upgraded exhaust system which no doubt sounds immense.

Yes, we are sure you noticed the interior because let’s be honest, how can you not? It looks like a Smurf vomited absolutely everywhere except for the carpets but for some reason we actually kind of like it (runs and hides).