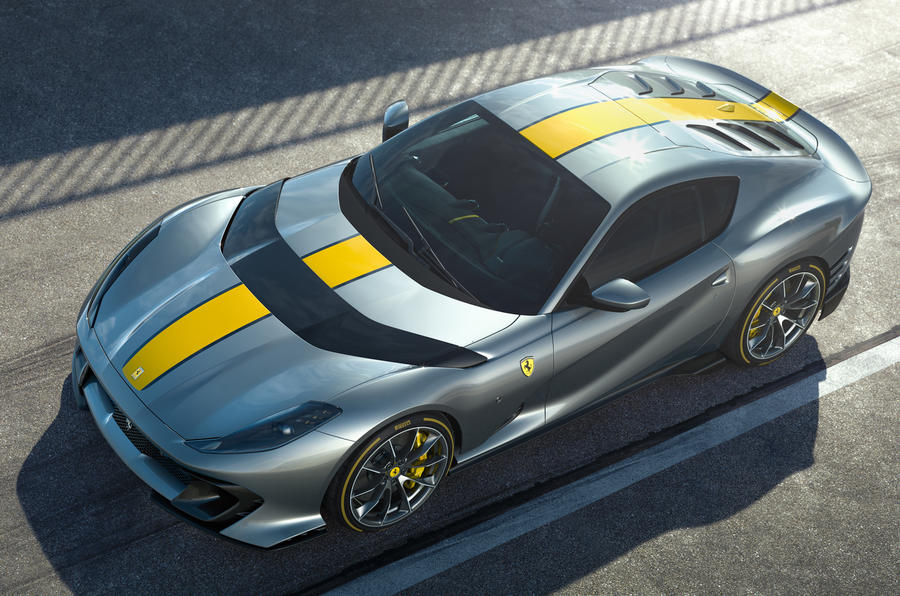 The hardcore Ferrari 812 is here. Well, almost as Ferrari has only released these shots and some preliminary technical specifications prior to a full debut scheduled to take place on May 5.

We will have to wait to find out the official name but as you can see it looks absolutely furious but at the same time staying just as beautiful as the 812 Superfast on which it is based.

It’s not yet clear whether the V12 remains a 6.5-litre unit, but Ferrari has confirmed some of the modifications made to boost power: as well as redesigning “many of the engine’s key components”, the firm has installed a new valve timing mechanism and a new exhaust system. The V12 has been massaged to deliver a whopping 819 hp (610 kW), making it the most powerful combustion engine ever put in a road car by Ferrari.

They also confirmed that the rev limit is up from 8900 rpm to 9500 rpm which makes this creation their highest-revving production engine to date, and among the quickest-spinning road-going, V12’s ever made.

The 5 Luxury Car Features You Didn’t Know You Needed

Mansory Go To Town On The Ferrari F8 Tributo

First EV For Ferrari Coming in 2025

Take A Listen To The Ferrari Purosangue V12