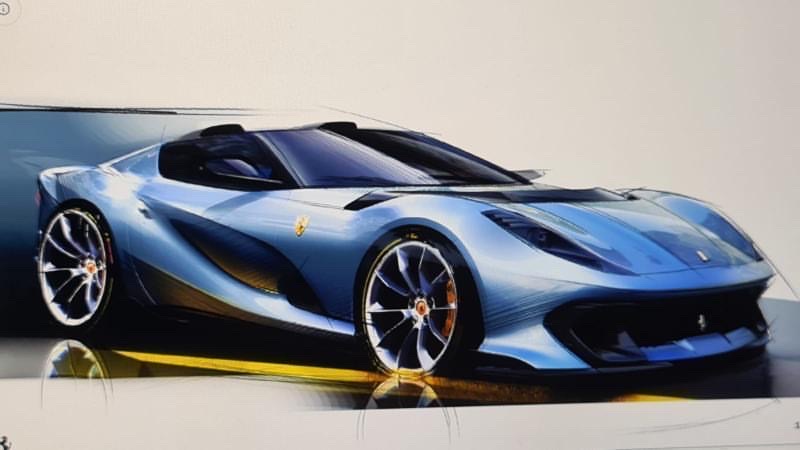 The hardcore variant of the Ferrari 812 Superfast is one of the most anticipated cars of the year from the manufacturer and although we don’t know the official name, we have what looks like some official renderings of the coupé and Aperta versions.

This is the most extreme front-engined V12 Ferrari has ever made and the car looks like it has a completely refreshed design from front to back.

The front fascia has been redesigned lightly and there appears to be a vent on the bonnet. The rear glass has been replaced with a body-coloured panel that has six vents and at the back, there is a completely new look.

Both versions are expected to be powered by a 6.5-litre naturally aspirated V12 engine that is said to produce around 865 hp (645 kW) and 900 Nm (664 lb-ft) of torque. Ferrari has supposedly reworked the F1 differential and the dual-clutch transmission.

We still don’t know the official names of these cars but, rumours indicate that it might be called the 812 Imola. The official unveiling will take place next month.