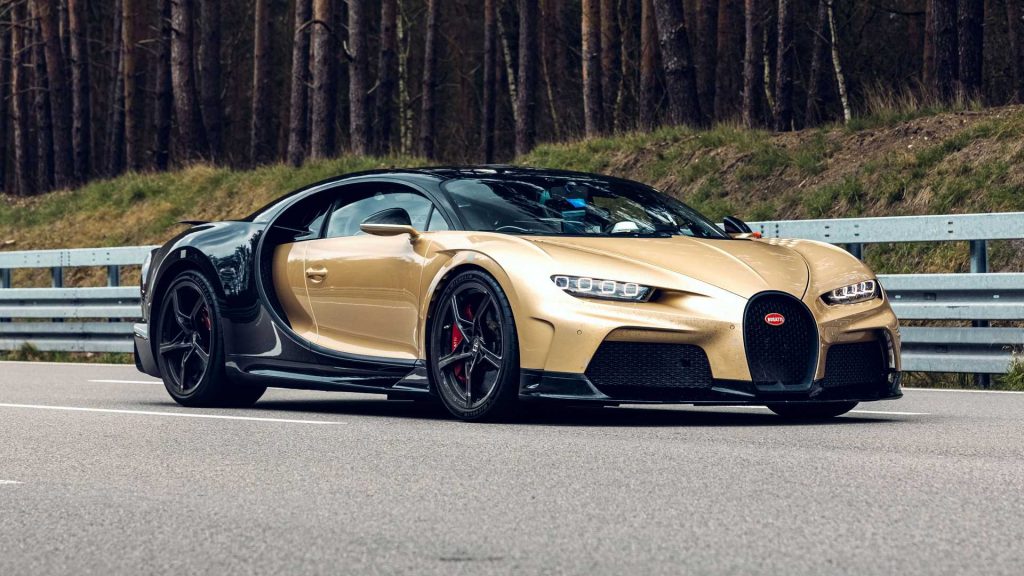 Bugatti is in the final stages of testing the sleek Chiron Super Sport and although it has lost the ‘300+’ suffix, it is not what you would call slow.

Previous tests saw the Chiron Super Sport hit “only” 380 km/h (236 mph) but now they have pushed it all the way to the electronically governed top speed of 440 km/h (273 mph). To accurately register all the relevant data and make last-minute tweaks, the peeps from Molsheim have fitted a prototype with approximately 100 additional sensors that record temperature, pressure, and other key information.

As you can see in one of the images below the Bug turns into a bug killer at those sort of speeds.

Bugatti did not just give the Chiron Super Sport a longer body and extra grunt from the quad-turbo W16 because it also makes use of a tweaked transmission. The final gear, 7th will not be selected until you hit a casual 403 km/h (250 mph). Thanks to the 1,577 hp (1,176 kW) being developed, the hypercar can “accelerate strongly” even after hitting the insane 400 km/h mark.

The Chiron Super Sport is limited to just 9 examples worldwide and as usual, all have already been spoken for.

If you were lucky enough to secure one of these, you will need to part with €3.2 million before extras.

Bugatti
Share. Facebook Email Twitter LinkedIn WhatsApp Telegram
Previous ArticleRising Auto Innovations Driven By The Increasing Availability Of Titanium
Next Article How To Prevent Car Accidents And What To Do When They Happen