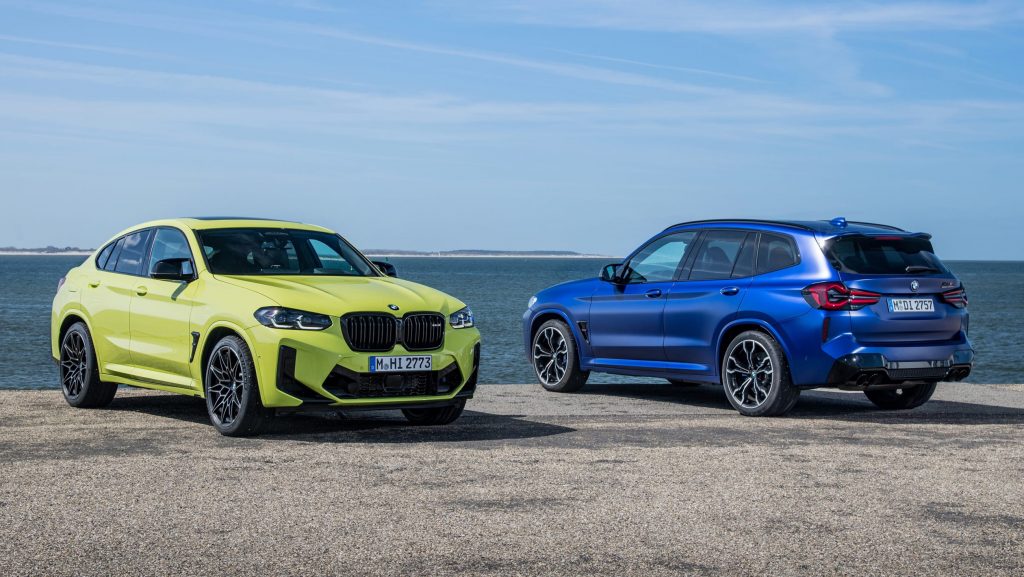 It is time for the baby M SUV’s to be refreshed and here are the results. Both lineups have been given an overhaul in the design department while adding new technologies, more performance and extra features.

The headline news is that despite delivering no extra power from the twin-turbocharged 3.0-litre inline six-cylinder petrol engine, the 503 hp (375 kW) X3 M Competition and X4 M Competition duo produce 650 Nm which is 50 Nm more than before. This extra pulling power has improved performance as both are capable of a 0 to 100 km/h (62 mph) sprint time of 3.8 seconds, a substantial 0.3 seconds than the previous model.

This extra torque comes in early and that is thanks to the new forged lightweight crankshaft from the M3 and M4 models as well as a new cylinder head that’s claimed to reduce weight and internal friction. Finishing the engine upgrades is a new intercooler for the turbos, a revised wastegate, an optimised injection system and variable valve control.

If for some reason you are doing a fair bit of track driving, do not fret as the M engineers have added a third engine oil cooling system and a separate transmission oil cooler to manage the spikes in temperature associated with track driving. The pair also receive a new standard variable M Sports exhaust that’s claimed to inject a ‘motor racing touch’ into the driving experience at high engine revs.

Styling-wise you will notice a larger take on the kidney grille finished with a single-piece frame in gloss black. Below it is an even wider central air intake that’s joined by a pair of striking boomerang-shaped openings, linked by a new splitter.

Around the back of the X3, you will see a new M specific rear spoiler, and there’s a gloss-black boot lid spoiler for the X4 M. Enlarged diffusers appear on both models, hinting at the new level of performance.

Inside you will be greeted with twin-12.3-inch screens with faster infotainment and smarter cloud-based sat-nav. The instrument cluster now shows off a sportier M View display which we first saw on the BMW M8.

Both models are expected to arrive in South Africa in the fourth quarter of 2021.