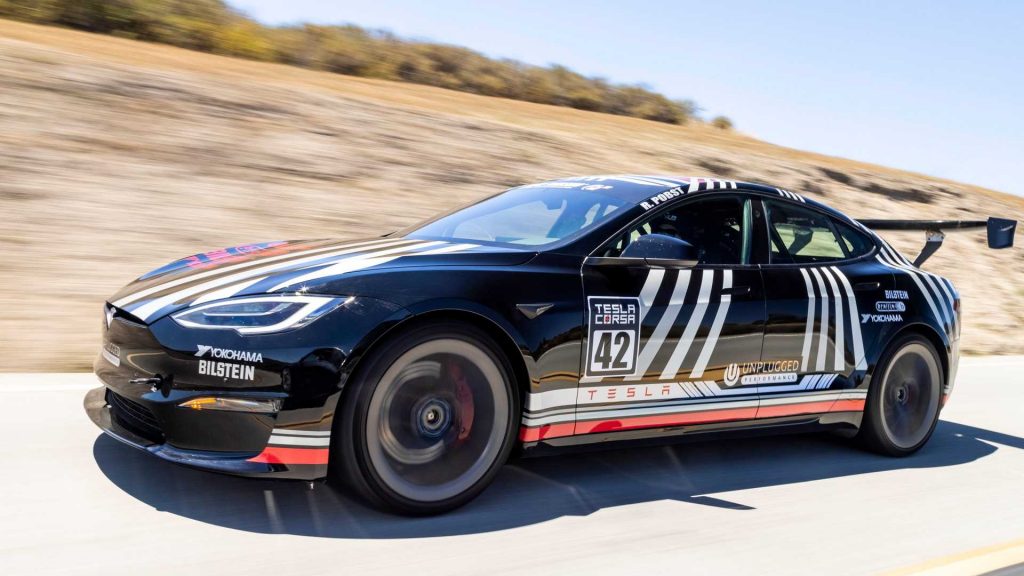 When Tesla launched the Model S Plaid, they knew it would be a force to be reckoned with on the drag strip but the track was never one of their most important performance aspects.

Unplugged Performance already has a Model S Plaid and they have already stripped it out and given it some additional aero to rip around some tracks in the US of A. It will also be competing in the Pikes Peak Hill Climb later this year.

Not only did the EV tuner make the car lighter but they also put famous race car driver Randy Pobst in the driver’s seat to put it through the paces. Unplugged calls this ‘Alien Technology’ as people can’t believe, or don’t want to believe, that the Model S Plaid can leave supercars in the dust.

Last weekend they took the freshly finished racing EV to Laguna Seca and embarrassed cars that cost ten times the top of the range Tesla.

As you can see in the video below, the Model S Plaid passes the McLaren P1 as if it was standing still. In fact, that’s exactly what the owner and driver of the McLaren said about the experience. The Plaid easily leaves the McLaren Senna and Porsche 991 GT3 RS in the dust as well.