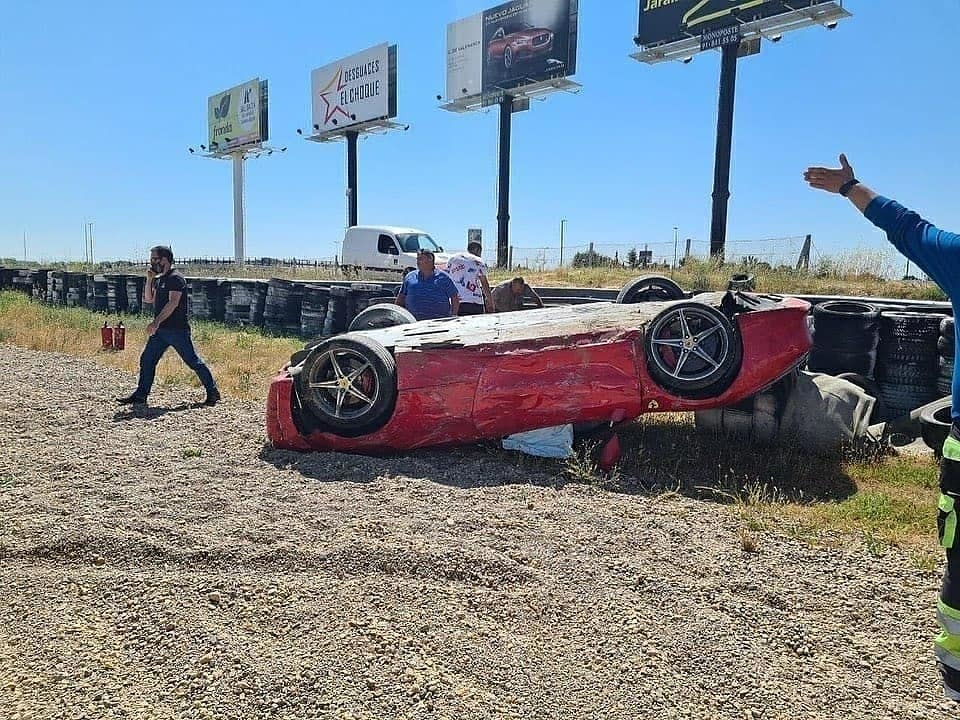 Track days provide a way for owners of high-performance machines the change to open them up in a safe manner and also in a legal manner.

Yes, there are risks involved when on track and the owner/driver of this Ferrari 458 found that out the hard way.

Footage shared by Supercar Fails on Instagram shows the prancing horse slam into the tyre barriers flipping the car over and landing on its roof.

This was a first corner incident that took place at Circuito del Jarama located near Madrid, Spain.

Onboard footage seen below shows everything looking relatively normal going through the final corner and coming onto the main straightaway. Things start to go wrong coming into the first corner, as the car does not seem to slow down at all. It’s hard to be absolutely certain what caused the incident, but if we were to hazard a guess we would say that the brakes failed.

You can hear one of the occupants commenting on something going wrong and then you can see the driver tries to scrub off some speed by gearing down and going on to the grass patch before the turn.

Luckily, the driver was able to avoid hitting any other cars during the incident and we are relieved to hear both driver and passenger walked away without serious injury.

Yes, that is a complete write-off but a pretty big pat on the back to the Ferrari engineers for building a car that can withstand a high-speed impact and keeping the occupants safe.