Bugatti took the virtual covers off the Bolide hypercar in October last year and as expected, it was rather impressive, to say the least.

When the covers came off, supercar and hypercar collectors around the world went crazy in the hopes of getting one but at the time, it was a one-off project for a very wealthy client.

We then assumed more than one would be made as a collector was rumoured to have bought one with the Dogecoin cryptocurrency earlier this year.

Bugatti had to decide if it made sufficient business sense to put it into limited series production and according to TheSupercarBlog, they are said to be building at least 40 examples of the Bolide, and order books are quickly filling up. The price tag on one of these exclusive track cars is expected to be around €5 million.

Bugatti says it will lap Le Mans in 3 minutes 7.1 seconds, and cover the 12.9-mile Nürburgring Nordschleife in just 5 minutes 23.1 seconds. That’s nearly as fast as the Porsche 919 Hybrid EVO, which holds the current absolute ‘Ring record at 5 minutes 19.5 seconds.

There is a catch to this though as Bugatti states they have not done any laps on real circuits yet. The times presented in Bugatti’s announcement are simulated figures, but if the power, weight, and downforce stats are accurate, it certainly has the capability to go for the gold. 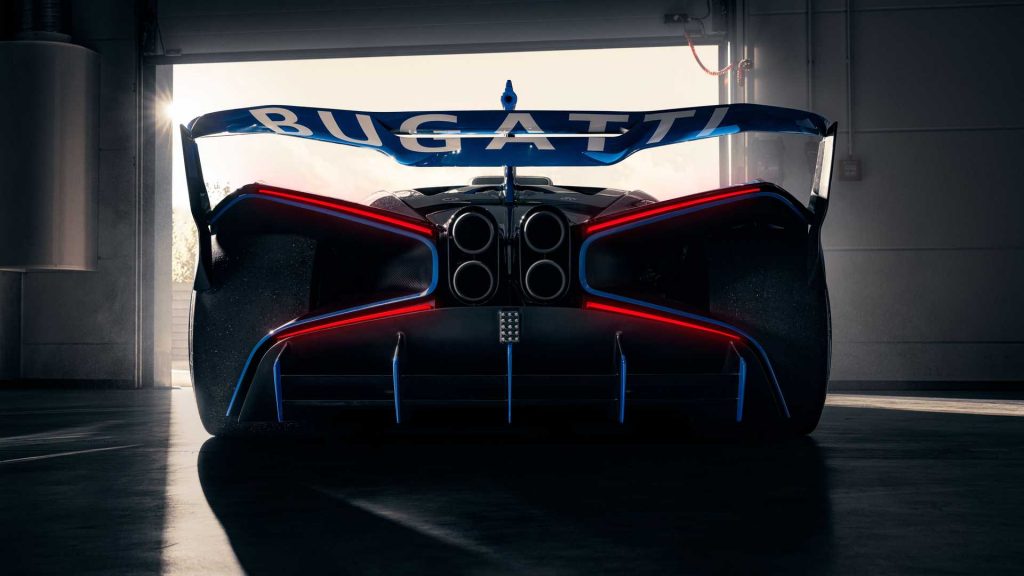