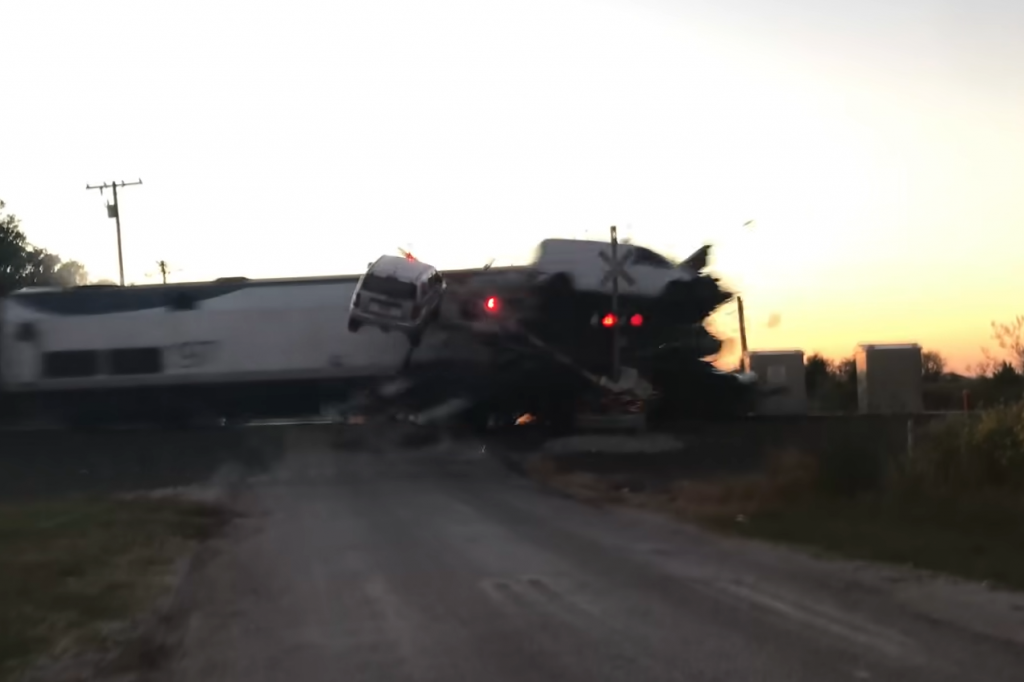 The video below captures what happened after a semi-truck carrying a load of vehicles got itself high-centred on a railroad crossing Friday near Thackerville, Oklahoma.

An Amtrak train smashes into the incapacitated truck at speed in one of the most spectacular crashes we can recall, sending the truckload of vehicles flying and crumpling the car trailer. Worse, five people aboard the Amtrak were injured and were transported to a hospital, according to Love County firefighters, though the injuries were non-critical.

The impact lifted the locomotive off the tracks and derailed it, as you can see in one of the photos.

The fire department said that it had people on the scene for 5.5 hours. The photos show wrecked cars littering the area around the tracks, requiring extensive recovery.

Share. Facebook Email Twitter LinkedIn WhatsApp Telegram
Previous ArticlePorsche EV Charging Through The Pack With Taycan Outselling The 911 and Panamera
Next Article 6 Things You Need To Do After Suffering A Personal Injury