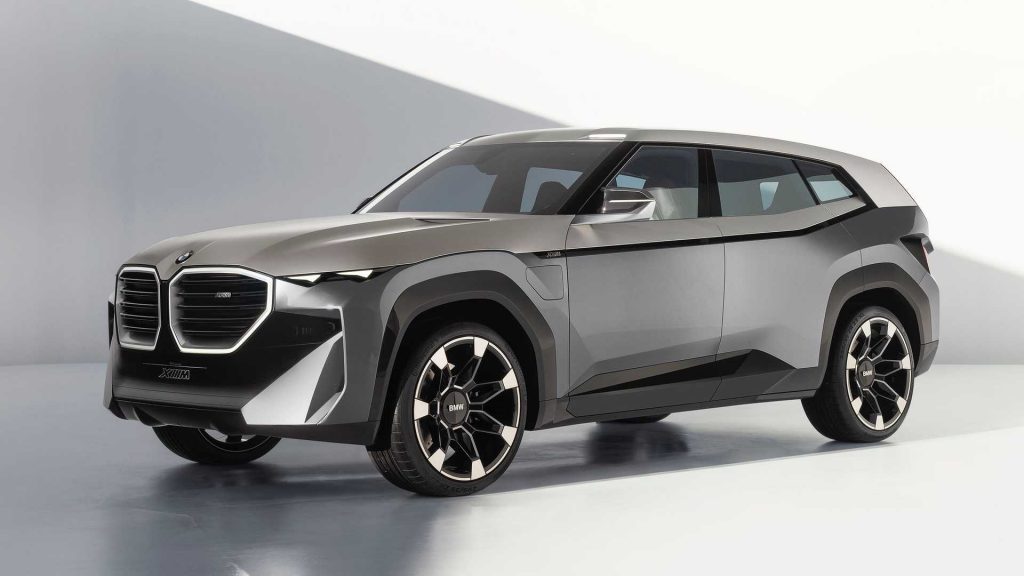 BMW took the covers off their first M model in 1978; the M1. More than 40 years later, BMW has debuted its second standalone M model: the Concept XM.

This very wild concept previews a production version destined to debut in 2022, likely for the 2023 model year.

This SUV is unlike any BMW we have seen but it’s safe to say these are the largest kidney grilles on a BMW to date, concept or not. The grille frames feature illuminated surrounds that give it a unique presence at night, with slim LED headlights split into two separate modules living on either side.

On each corner, you will find massive 23-inch 14-spoke wheels which are the biggest ever fitted to a BMW. At the back you will notice the very different, triangular quad-exhaust tips. The ultra-slim LED taillights extend out from the edge of the boot and onto the rear fenders, while the rear glass features a unique wedge-shaped design that sees two BMW roundels etched into each corner of the glass (clearly a little callback to the M1’s pair of badges on its flying buttresses).

Hop inside and you will also be surprised to see how polarizing it is but in our opinion in a good way with a combination of vintage-look brown leather with copper and carbon fibre accents to create an absolutely stunning place to sit. There is also a massive curved interface that looks damn neat for a BMW.

The BMW Concept XM is just a concept for now, but we’ll see the production version sometime next year and don’t expect it to be cheap either as it will comfortably be the most expensive Bimmer you can buy.