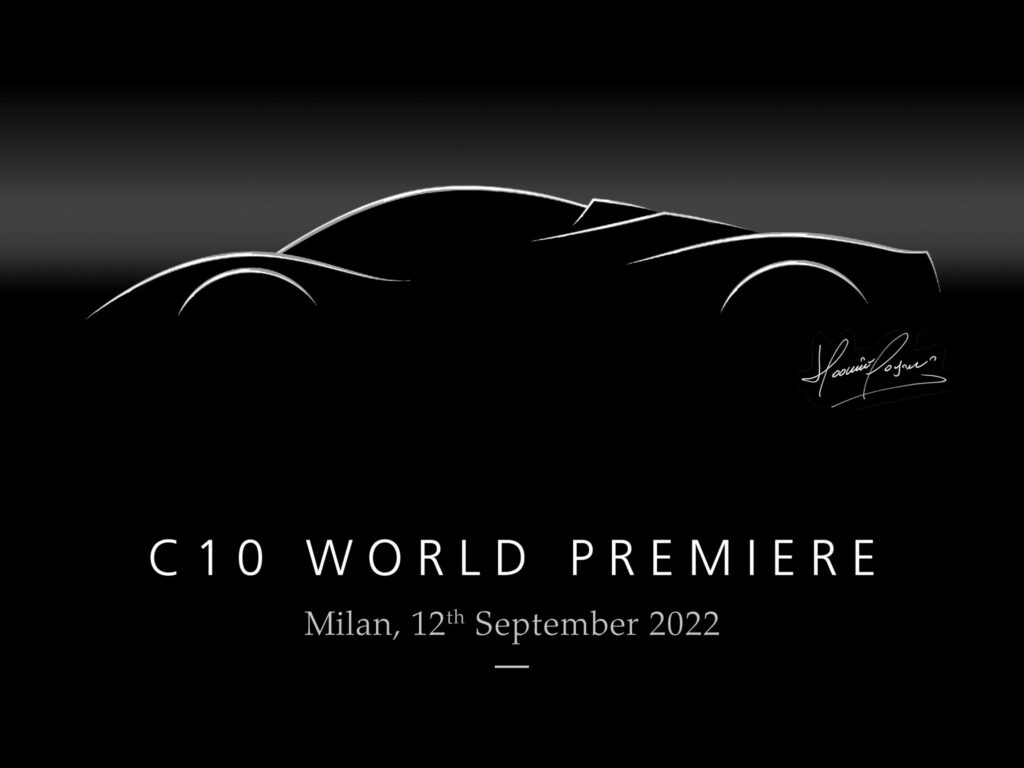 The next Pagani chapter is about to unfold as the boutique supercar builder announced the Pagani C10 supercar will debut in Milan on September 12.

They noted that the C10 will mark the next generation of its hypercars but we are assuming that C10 is just a code name and will not carry over into a production model.

Just 300 units of the C10 will be built spread across coupe and convertible models along with the expected special editions. All build slots have reportedly been filled.

Two powertrain variants are expected to be available. One will pack a new 6.0-litre twin-turbo V-12 sourced from Mercedes-Benz AMG. The other? A new era, all-electric. A Pagani EV. Models with the V12 will feature a paddle-shifted sequential transmission or a manual transmission.

Regardless of the powertrain chosen, it will pack around 900 horsepower.

According to the automaker’s CEO and founder, Horacio Pagani, these hypercars don’t aim for the quickest acceleration or the highest top speed. Every Pagani is speed limited to 217 mph (350 km/h). Pagani’s focus is on lightness.