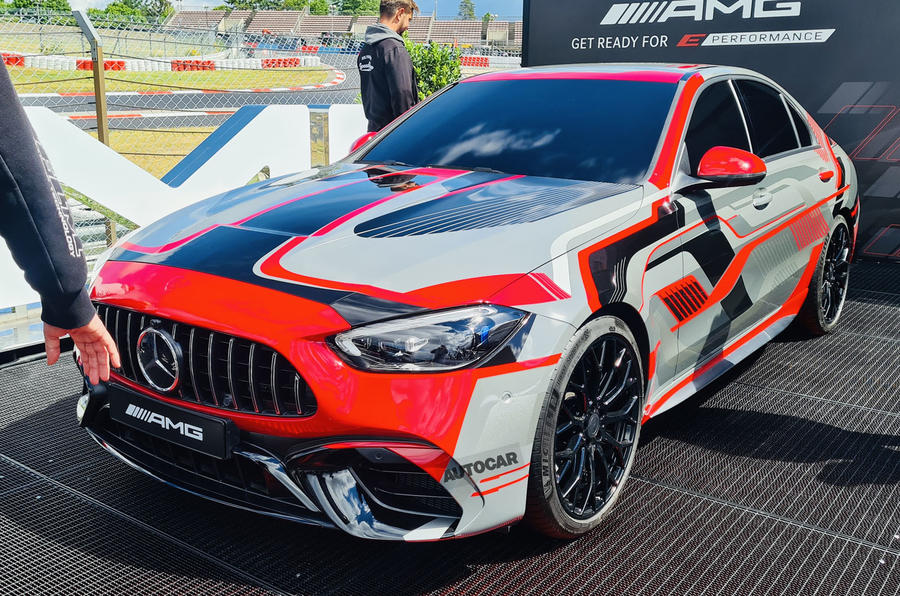 The Mercedes-AMG crew took the opportunity to show the next-generation C63 at the 24 Hours of the Nürburgring over the weekend and it looks just the way we expected it to.

What you see here is a concept form with the full production-spec reveal just a few months away.

We already know that the V8 has been axed and will feature an advanced four-cylinder hybrid drivetrain. It will make use of an electrified version of Mercedes’ new turbocharged 2.0-litre M139 engine.

In this application, the revised 2.0-litre turbocharged four-cylinder kicks out a radical 470 hp (350 kW) which makes it the most potent four-cylinder engine in series production by a long shot.

According to Autocar, the M139 engine will adopt a 48V integrated starter motor similar to that already used by the turbocharged 3.0-litre in-line six-cylinder M256 unit, which powers the CLS 53 4Matic+ and other recent new AMG models.

The decision to provide the C63 4Matic with four-cylinder power was apparently driven by Mercedes-Benz as part of rapidly escalating efforts to reduce fleet CO2 emissions while harnessing the engineering lessons pursued during the development of the Mercedes-AMG One hypercar.