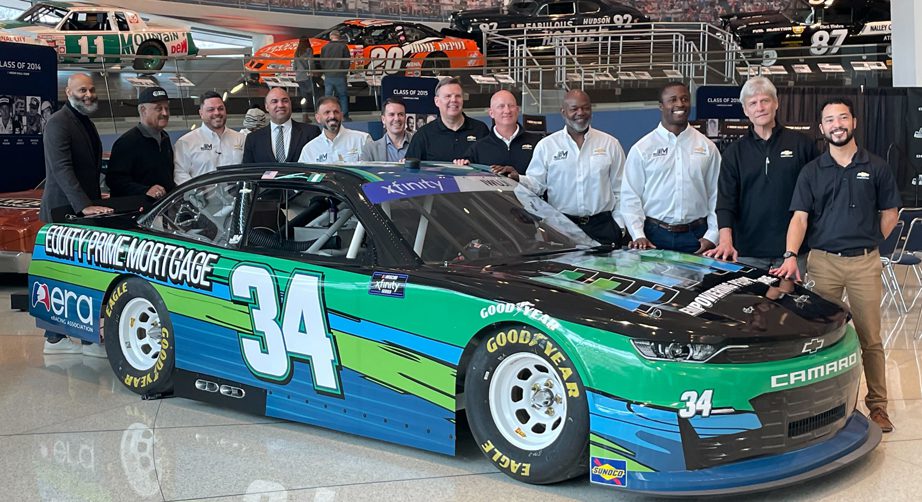 We often see successful NFL players getting involved in other businesses after they retire from their professional careers, and the situation with Emmitt Smith is no different. However, there are more athletes nowadays that want to invest in other sports franchises just to keep up with their competitive spirit.

So, instead of keeping his net worth of about $25 million in the bank, eaten by inflation, Smith decided to co-own a NASCAR team that will compete in the NASCAR Xfinity Series.

But where did this idea come from and is he serious about running a successful NASCAR team?

Even if you don’t know much about American Football, you’d probably hear about Emmitt Smith that had an exceptional NFL career. He spent 15 seasons playing football professionally, and for most of his NFL career, he played for the Dallas Cowboys.

After the 1990 NFL draft, he was selected by the Cowboys, and during his professional career, he rushed for 18,355 yards, breaking the record of Walter Payton. He also holds the record for career rushing touchdowns of 164.

That’s why most people placed their football bets on the Dallas Cowboys when they were in their glory days with Smith driving them forward.

Throughout his NFL journey, he managed to get three Super Bowl rings, and so many awards that are hard to count. He finished his career in 2004 after playing two seasons for the Arizona Cardinals.

Obviously, we are talking about a football legend, which is why his decision for buying a NASCAR team starts to make sense.

Emmett Smith and driver Jesse Iwuji partnered up and launched a team and started competing in the NASCAR Xfinity Series full-time this season. Even though his plans for purchasing the NASCAR team didn’t go to plan just because he wanted to obtain the No.22 Car, which was the same number from his professional NFL career and he bought no.34, he is still very excited to compete in the world of motorsports.

One of the main reasons why Emmett Smith decided to buy a NASCAR team is because of his beliefs about the future of NASCAR. Smith thinks that due to the rise in popularity of NASCAR, this is the perfect investment that will get make him a lot of money in the future.

But before Smith can make money, he has a lot to learn about managing a NASCAR team and making sure it is profitable.

Learning About the Business

Smith stated that the only way to make a change in NASCAR or in any other investment is to buy certain things. You cannot impact the team if you don’t really own it, which is why he decided to go all-in and invest a lot of money in a NASCAR team. Even though the NASCAR Xfinity series are different from regular cup season, it is still the first step in creating a great team.

He added that ownership is the most important thing that will allow you to make any kind of change.

However, since he has never been involved in the world of motorsports, it will take time until he learns how to successfully manage the team. As of now, his first priority is to learn everything about the NASCAR business. The best thing about Smith owning a NASCAR team is the passion that he shows towards this new business journey.

It seems like this new venture for the NFL legend is not going to be just another business investment like most successful players do. He is really taking it seriously and wants to learn more about the process.

He also added that in the first couple of months and even years he will take the time to learn about every aspect of the NASCAR business from start to finish. Of course, he backed off the technicality of the NASCAR process and he doesn’t want to learn how to put the car together, but he definitely wants to understand all the strategies and team management required to run a successful team.

He is also devoted to growing the NASCAR sport, as he will also see the benefit from it. Judging from his passion, we can expect Smith’s team to become a powerhouse in the NASCAR community within a few years.

Smith also doesn’t expect instant results. He added that patience is the most important thing in the world of professional sports, and the same thing goes for NASCAR. It is great to see that he knows that building a successful NASCAR team requires time, but since he is very much devoted to the job, he will most likely succeed in this new venture.