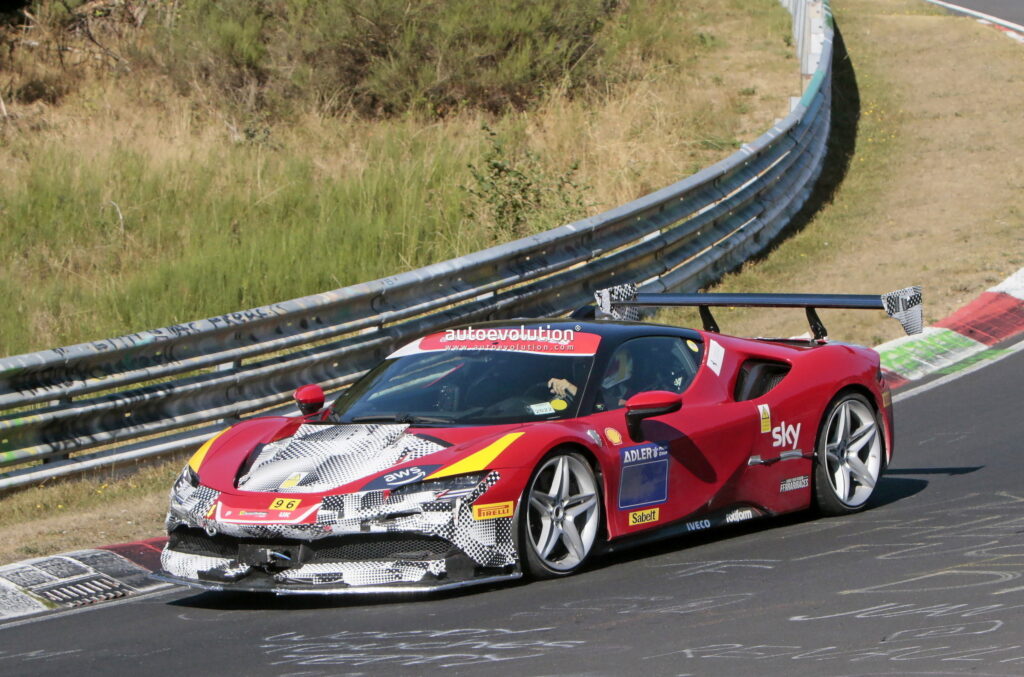 Ferrari is back at the ‘Ring doing some testing of prototypes and one of them is based on the SF90 but is sporting an enormous wing at the back.

In all likelihood, we are looking at an even more track-focused variant of the SF90. Think of it as something similar to the 812 Competizione, with a suffix added to its name. Some believe that it will be known as the SF90 VS, with the latter standing for Versione Speciale (Italian for Special Version).

What is rather peculiar is the use of sponsor and race stickers on this prototype but maybe they want to trick us into thinking it is a race car when actually it is a hardcore road car?

Other noticeable changes include a larger front splitter, a revised front fascia and a new raised section on the hood close to the windscreen.

Besides the obviously advanced aero, which should improve the downforce, it is believed that the SF90 VS will get even more power.

Since the prototypes appear to be in the fine-tuning phase, it shouldn’t be long until Ferrari officially lifts the curtain for it. If anything, it might premiere for the 2024 model year, in limited numbers, with deliveries perhaps commencing in 2023.

Images thanks to AutoEvolution