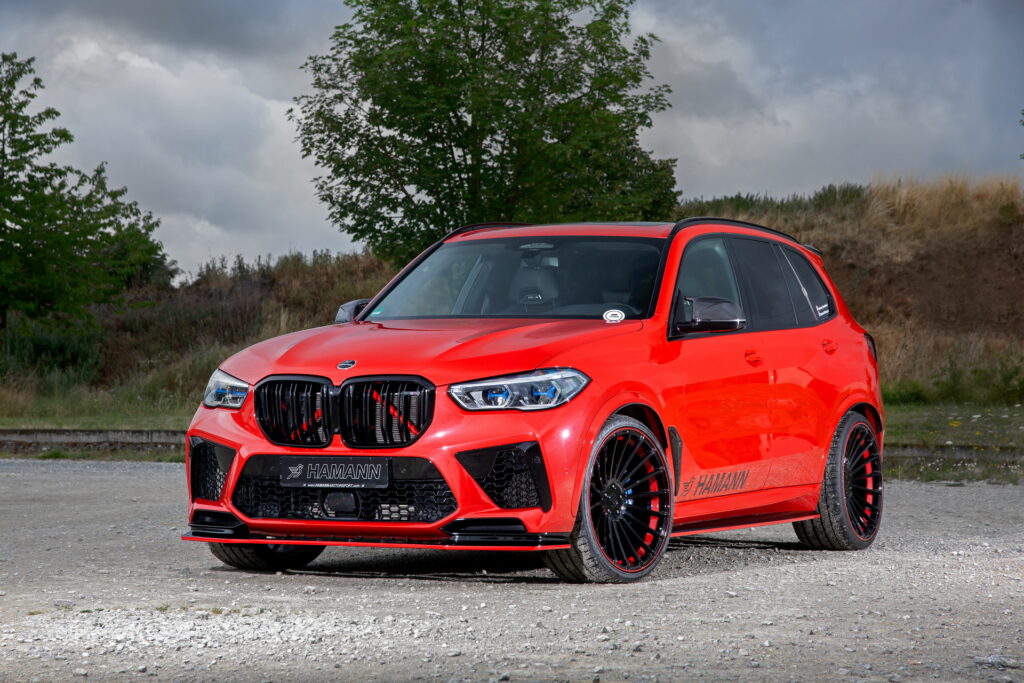 The mighty BMW X5 M Competition is about to get a facelift and if you have owned one for some time now, you might be keen on spicing things up a bit.

German tuner Hamann has come up with a bunch of visual modifications to turn a few more heads with the vivid paint scheme and the matching accents justifying “The Big Red” nickname.

The offering includes a prominent front splitter with integrated faux intakes, bringing the SUV closer to the ground. The same theme is followed by the side sill extensions and the rear bumper add-ons. The highlight of the rear end is the new diffuser featuring red accents, and the visibly larger carbon-coated 115-mm quad tailpipes. Hamann didn’t neglect the upper part of the bodywork, adding a rear spoiler extension.

Adding to the visual drama is a set of multi-spoke 23-inch Anniversary Evo rims finished in glossy black, with matching red accents on the ring.

Hop inside the rapid SUV and you will find a slightly over-the-top red-painted crest on the centre console, and a black emblem on the steering wheel letting everyone know that this is not a stock BMW. Other changes include the sports pedals and Hamann branding on the footrests, floormats, trunk, and LED puddle lights.