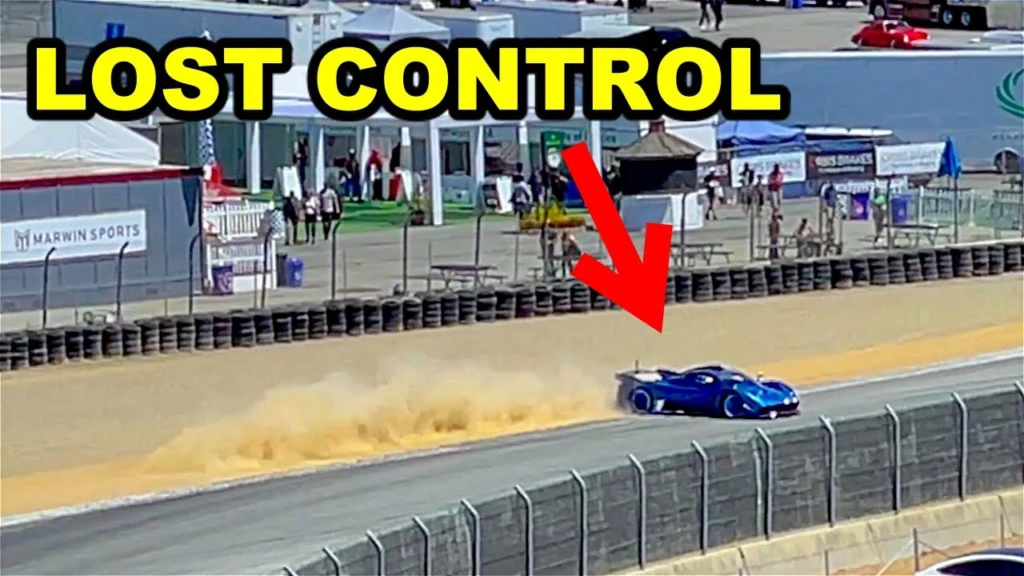 Last month, Pagani hosted a track day at the Laguna Seca circuit in California and as you should know, there are some proper exotic collections in the area so the place was buzzing with the sound of V12s.

One of the stand-out stars of the show was a blue Huayra R and as you will see in the video below, the naturally-aspirated monster just gave the driver a little wake-up call between turns 3 and 4. The driver loses the rear end of the car while exiting turn 3, sending it into a 180-degree spin. Fortunately, he keeps the car on the grey stuff and avoids the barriers, which, otherwise, could’ve cost him dearly.

A Zonda R Evolution was on the track at the same time and had to pull some evasive driving to avoid a collision with the Huayra R.