Van der Linde will be at the BMW M Fest this weekend.
By Zero2TurboOctober 10, 2022Updated:October 10, 2022No Comments
Facebook Email Twitter LinkedIn Telegram WhatsApp 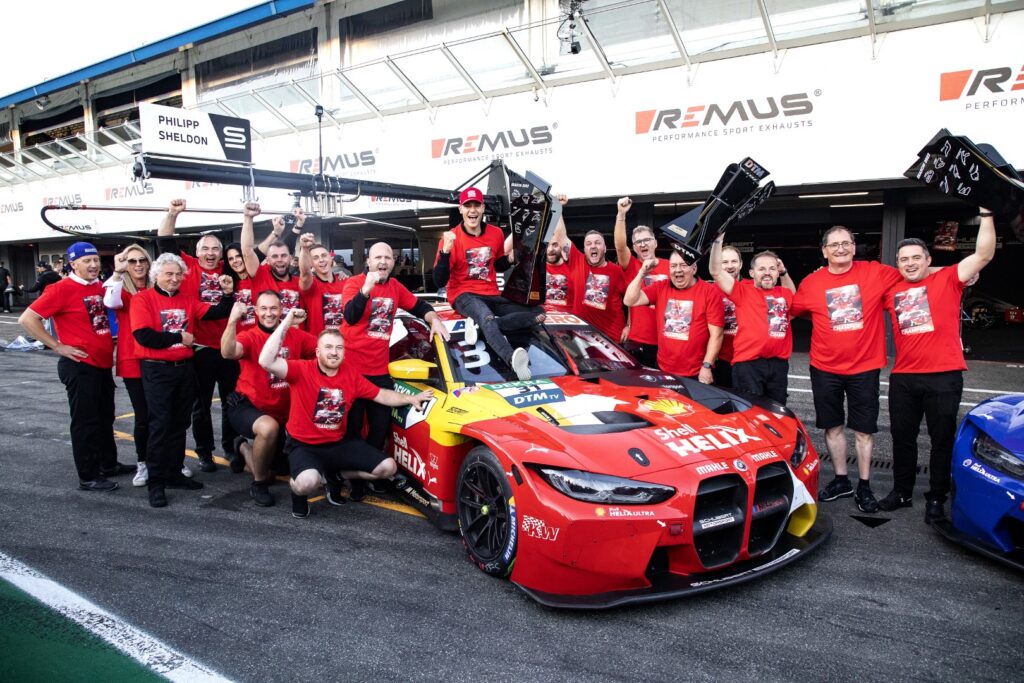 Sheldon van der Linde managed to place third in the final race at the Hockenheimring (GER) to claim the championship giving BMW their first winner since Marco Wittmann in 2016 and South Africa’s first-ever DTM champion.

Van der Linde held his nerve on the final race weekend of the season. On Saturday, he overcame a grid penalty to battle his way up from 16th to second place. He claimed fifth on the grid on Sunday and followed this up by finishing third to reach the podium after a faultless race. He chalked up 164 points to top the drivers’ standings, 11 more than Lucas Auer (AUT, Mercedes) in second place.

Van der Linde celebrated three wins and six podiums in his championship season. It was his fourth season in the DTM and the first for his Schubert Motorsport team, which also secured the team title at the first attempt.

Franciscus van Meel (CEO BMW M GmbH): “What a superb day for the entire BMW M Motorsport family! Congratulations to Sheldon van der Linde and Schubert for winning the team and drivers’ championships! Everyone involved – the team, the drivers and the car – delivered fantastic performances throughout the season and deserved this triumph. It is a very emotional day for us all. Even more so, as Marco Wittmann also managed to win the final race. Seeing him and Sheldon celebrating together like that on the podium shows how well everyone gets on in the BMW M Motorsport family. Now we can celebrate!”

Sheldon van der Linde (#31 BMW M4 GT3, Schubert Motorsport): “Right now, it is impossible for me to describe my emotions. There are a million thoughts going through my head. I had a few sleepless nights this week. I have to admit that the pressure of going into this weekend as championship leader was massive. It feels fantastic now that this weight is off my shoulders. Ever since I was a child, I have dreamed of driving in the DTM. I am unbelievably proud and delighted now that I have won it. Growing up in South Africa, making the leap to the DTM seemed a very long way away. But now it has all worked out – I can barely believe it!”

A massive congratulations to the young driver who we will be seeing at the BMW M Fest this weekend so don’t forget to let him know that he is the first ever DTM Champion from sunny South Africa.