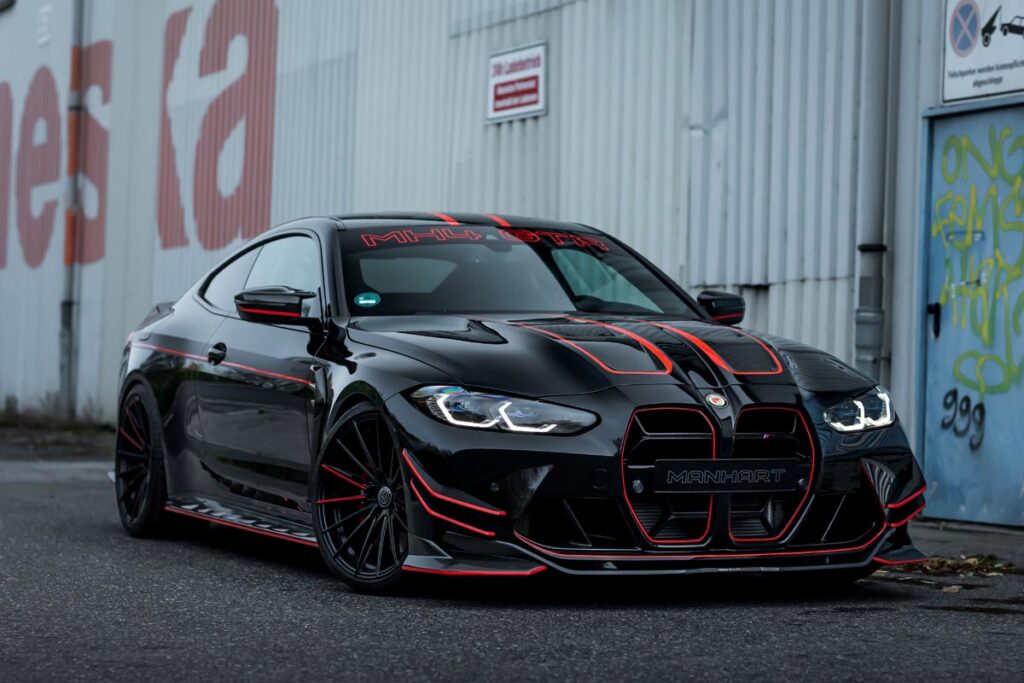 The BMW M4 CSL is a rather special model and since just 1,000 units will ever be made you would think the tuners would leave them alone but you would be wrong.

Manhart Performance has already done the things to the limited Beemer and dubbed it the Manhart MH4 GTR II.

They also fitted a stainless steel exhaust system with four 110 mm tailpipes as well as downpipes without catalytic converters.

Visually they tweaked the already aggressive styling of the Coupé by fitting an 18-piece carbon body kit as well as some 20-inch Forged+1 Yido Performance wheels.

The drama is enhanced by fitting MANHART suspension optimization including height-adjustable coil springs by H&R.

Inside you will find Manhart floor mats and SCROTH 4-point racing harnesses as well as a carbon fibre motorsport helmet.