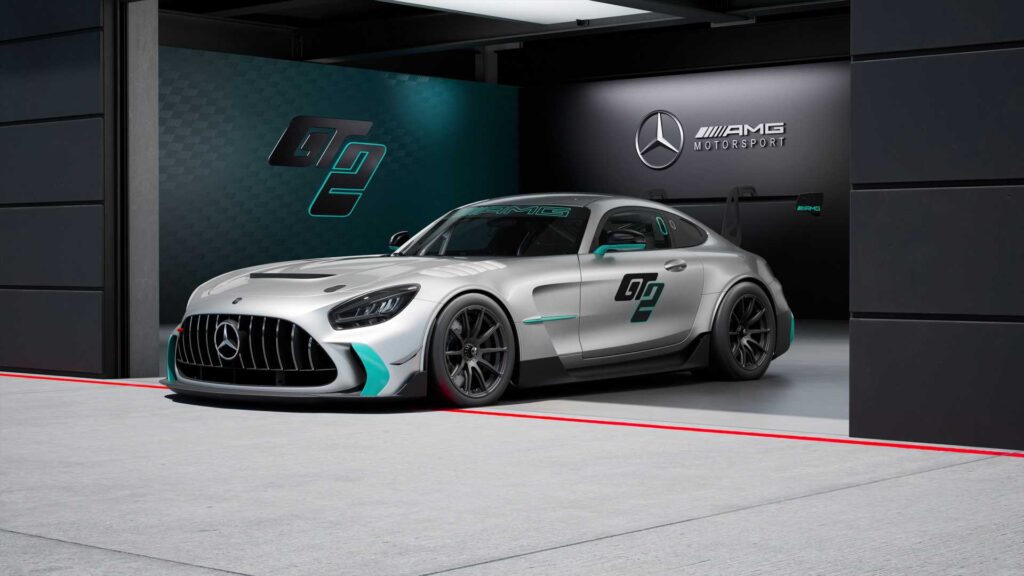 We have seen Mercedes-AMG testing the all-new GT Coupé and it won’t be long until that is revealed but before that happens they have pulled the covers off their most potent homologated customer race car ever, the GT2.

This model bridges the gap between GT3 and GT4 models and according to Mercedes caters to the “gentlemen drivers”.

Under the hood sits a 4.0-litre twin-turbo V8 with a flat crankshaft which suggests it is related to the monster found in the range-topping road car known as the GT Black Series. In this specification, the engine pumps out 707 horses (520 kW) and 800 Nm (590 lb-ft) which is plenty considering it’s stripped out and much lighter than the Black Series.

Power is sent to the rear wheels thanks to a sequential six-speed racing transmission with an adjustable self-locking differential.

Weight is down to 1,400 kg and that includes the air conditioning system.

As you can see it relies heavily on aerodynamics to keep it glued to the tarmac. The massive rear wing has been designed from the ground up and can be adjusted.

Before going on sale later in 2023, the race car will be subjected to testing in the following weeks.