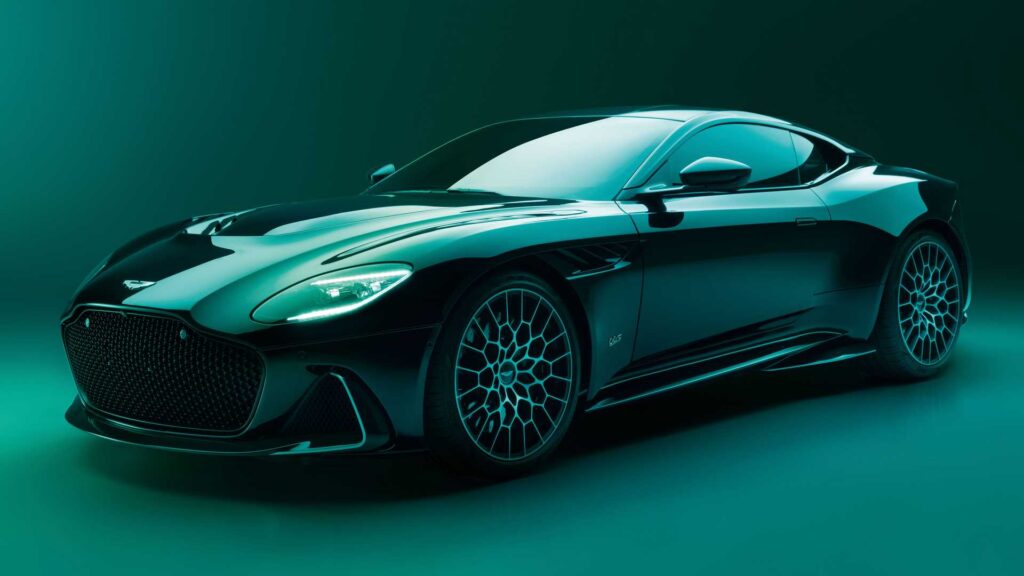 The 2023 Aston Martin DBS 770 Ultimate has been revealed as the final iteration of its current flagship sports car and all 499 examples (300 Coupé and 199 Volante) have already been sold.

As the title suggests, this is the most potent DBS ever to leave Gaydon packing 759 hp (566 kW) thanks to the familiar twin-turbocharged 5.2-litre V12. Engineers massaged the engine’s intake and ignition for a 7% increase in boost pressure. Additional fine-tuning of engine parameters contributes to the final power rating, which incidentally is enough to stretch the GT’s legs all the way to 340 km/h (211 mph).

Under the skin, the British sports-car specialist claims it has added an “enhanced” front cross member and a thicker rear undertray to improve the car’s torsional stiffness by 3%, and improve front-end lateral stiffness by 25%.

The adaptive suspension has been revised with a new damper calibration and software tune, while a solid-mounted steering column has been fitted to improve steering response and feedback, the company claims.

You will be able to differentiate the DBS 770 Ultimate from the standard Aston Martin DBS thanks to the aggressive body kit, including a new front splitter, a ‘horseshoe’ vent on the bonnet, larger carbon-fibre side skirts, and a new rear diffuser. You will also find a carbon-fibre twill finish on the window surrounds, mirror caps and front wheel-arch vents.

Inside, future customers can choose between Sports Plus seats trimmed in quilted semi-aniline leather and Alcantara or a track-ready ‘performance’ seat (seen in these images) with a carbon-fibre back.

Production is due to commence before the end of March, ahead of the first customer deliveries between July and September 2023.