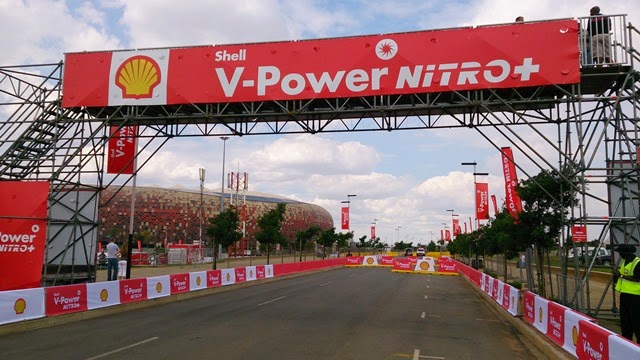 For me, Shell will always remind me of Ferrari and Formula 1 so when I heard about their new Shell V-Power Nitro+ fuel I knew it would one of the best out there. Well it is in fact so good that it is 99% the very same fuel that goes into the Formula One Scuderia Ferrari’s. It didn’t come easy though because this ultimate new fuel from Shell is the result of 100 years of experience, 120 scientists work and 21 000 hours a year of research. As the consumer of the fuel this does not really mean all that much to you but what you should know is this new V-Power Nitro+ fuel has been designed to have a positive effect on both diesel and petrol engines.
In an unleaded vehicle, the fuel coats the piston and cylinder with a protective film to reduce friction as well as prevent and clean up deposits that can affect the performance of the engine. If you drive a Diesel vehicle then you can expect the new fuel to increase the cleanliness and protection of injectors.

To demonstrate the performance aspect of the new fuel, Shell held a V-Power Nitro+ festival in Nasrec, Johannesburg. Not only did they have Ferrari’s latest road cars on display but they brought along a Formula 1 race car driven by their test driver, Marc Gene. For the petrol heads out there I think this is one of the best ways to drum up interest in a new product. There is nothing quite like the sound of a Formula 1 V8 tearing up a public street and knowing that the fuel going into your vehicle is nearly identical to what is powering that machine is one way to convince people to use it.

Check out the video below of Shell’s strategy for this year.