Carbon Fiber and How It Is Changing Automotive Manufacturing

If you have any interest in cars at all, you will have been hearing the term “Carbon Fiber” more and more over the last decade or so. But what is carbon fibre and how is it really affecting the auto industry? In a nut shell carbon fiber (real name carbon fiber reinforced plastic) is strands of carbon wound together and overlaid with a polymer resin to keep its shape. If you think about glass fiber mixed with  papier-machete you are not far off the mark, but CFRP’s strength is much higher (up to 5 times higher than steel) and incredibly light; making it ideal for use in the automotive industry. After the first F1 car using it in 1981, manufactures may have started by slowly utilizing its benefits, but the use has steamrollered over recent years; and here are some of the ways they have adapted it in road cars.


The first use of carbon fiber was internal, and decking out high performance car interiors in it was seen as a performance benefit. It was a way for the cars to reduce weight and have the kudos of using such cutting edge technology. Gear knobs and trim made from carbon fiber became essential in high end cars, which aided designers as they searched for a competitive edge in an industry where every ounce matters. It also became obvious to the less affluent motorists that carbon could be used to make a car look high end, which led to a whole new industry in carbon related accessories like fuel caps and wing mirrors; though many of these parts were bought for looks rather than performance.


It has taken a while for carbon fiber wheels to be used on road cars, but as the technology for their production has improved the price has reduced and more cars have started using them. CFRP wheels have many benefits, and these include better acceleration and stopping distance, as well as reduced road noise and fuel consumption. These wheels may not be as popular as body panels, and their cost is still quite high at the moment, but their use is sure to grow as weight becomes more of a problem. 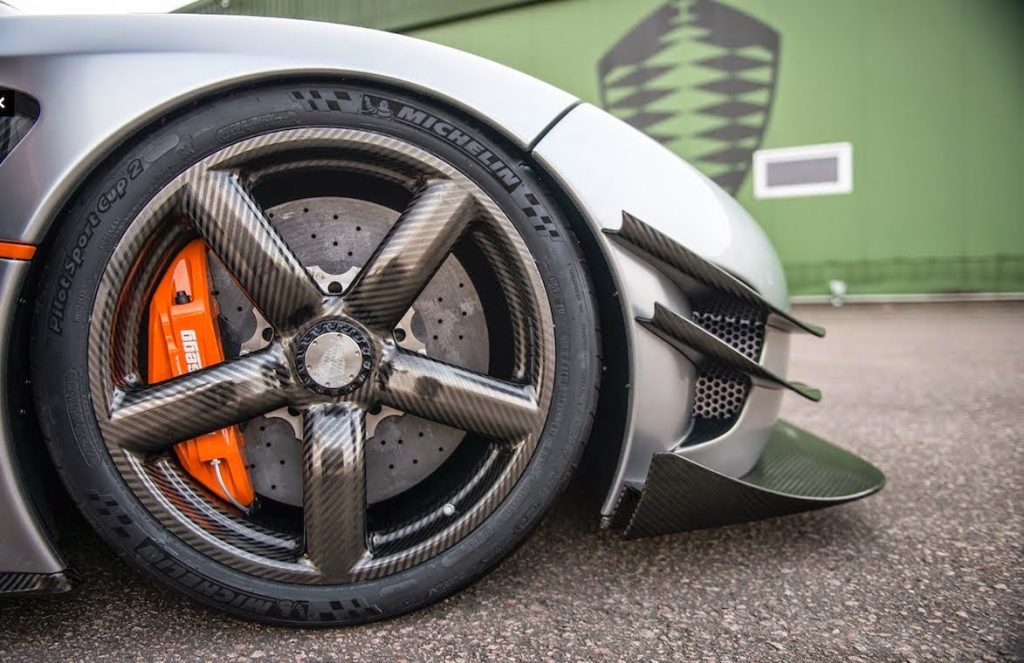 
It may have started with single body panels to reduce weight and thus increase performance and strength, but complete carbon fiber body shells are now being utilized on cars. The Alfa Romeo 4C has a monocoque that weighs only 65kg, which means it can achieve great performance with a tiny (for a high performance sport car) 1750cc engine. It seems that this is the way forward for other cars too, as more high performance car manufacturers look to meet government targets on fuel economy and emissions without losing performance. Of course it is not only performance that will benefit from using the technology, the extra strength will also add to the safety of any car. 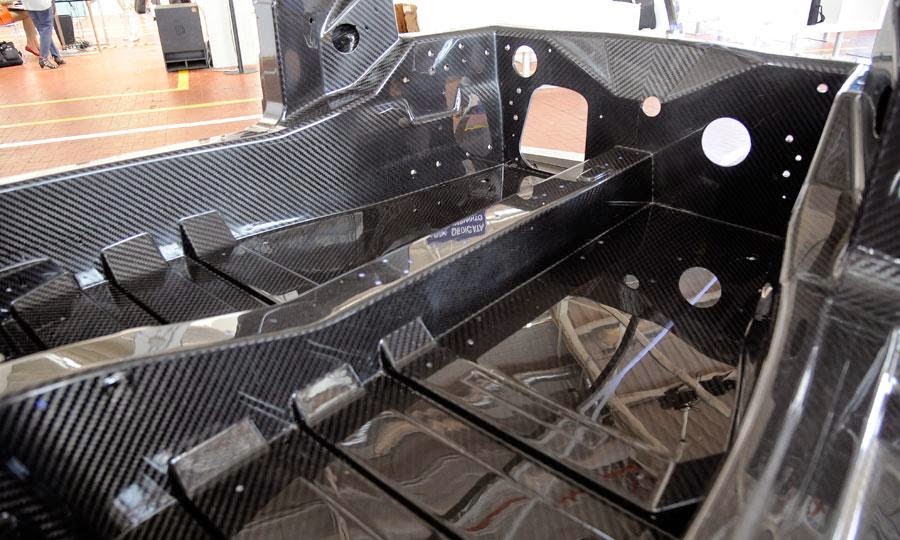 
It is usual for an engine to be the heaviest part of a car, and in the race to lose weight the engine is an obvious place to start. Aluminum engine blocks were developed to reduce this weight, but CFRP engines will reduce this by a further 45-50%, but this is an area of ongoing research, and the technology is still to be embraced by the industry. However, this is an area that CFRP will find great use in the future.

The cost of carbon fiber is still prohibitive for use in the typical car, but it is hoped that prices will reduce further as manufacturing it becomes more efficient, and new methods are found. There is, of course, another problem. The recycling of CFRP is in its infancy, and the loss of strength once recycled means that it has lost one of its greatest benefits; this is something that needs to be addressed before mass use is really possible to be contemplated.