The highly anticipated Alpine A110 sports car has been shown in pictures ahead of it’s world debut at the Geneva Motor Show. Taking aim at the Porsche 718 Cayman, the new sports car retains the look of the Vision concept we saw last year but with some subtle styling changes giving a nod to the classic model.

The little car sits rather low and rather small wheels which suggests that it will be lighter than it’s rivals. A kerbweight of a touch over 1 ton is expected and by comparison, the 718 Cayman weighs in at 1405kg. It is expected to use a 1.8-litre engine, derived from the turbocharged 1.6-litre unit used in the Renault Clio RS, with as much as 300bhp on offer. This will allow it to hit 100km/h from standstill in around 4.5 seconds which means the A110 is strong enough to take on the Cayman GT4 too. 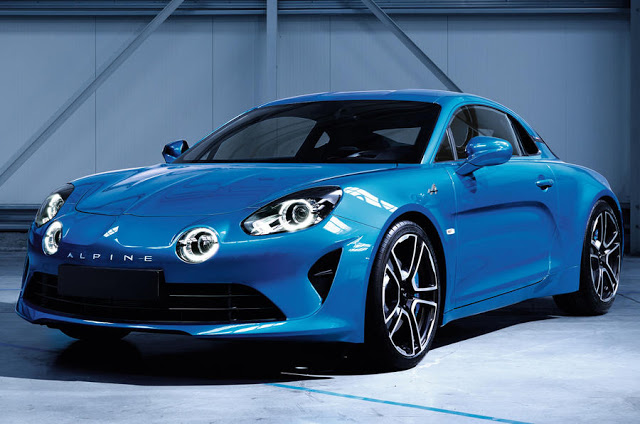 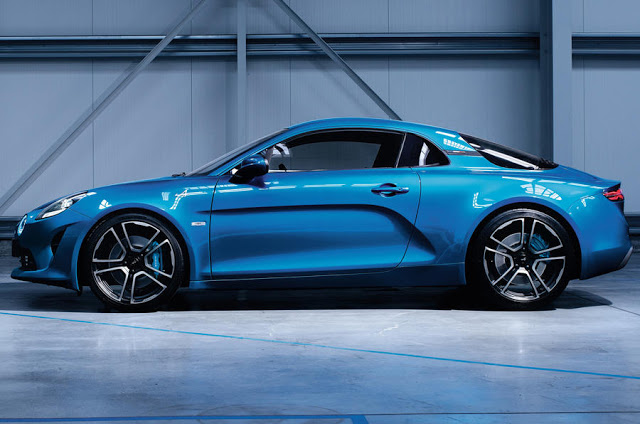