Car technology has come a long way from the first single cylinder engine, one gear release-throttle cars. With the new computer systems that can pull a car’s puppet strings, to shake, stabilize, tame and create better control for the driver coming as standard in most cars, it’s difficult to know whether modern cars will ever get the human touch back into their blood. And yet, when it comes to creating beasts of the track, the human factor is what makes the difference between victory and being at the back of the pack. But, not everybody can afford the latest supercar, so sports cars are being used as the platform for the majority of tuners looking to leave the competition in the dust. 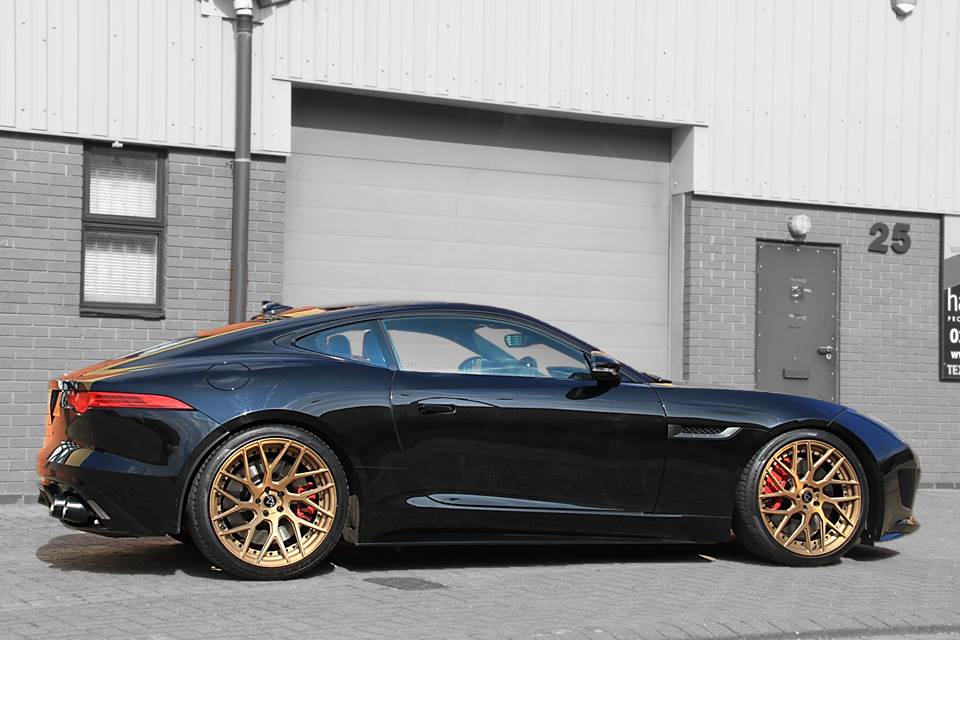 A London-based company has taken under their wing an all-wheel drive F-type R and shocked its senses. Tuning company VIP Design call their design the F-Type Project Predator. Apparently, this monster has an even faster 0-60 time with estimates coming in at around 3-3.5 seconds. The claimed output also exceeds Jaguar’s officially newest model, the F-Type SVR of 567bhp. VIP Design have made drastic changes to the engine, installing high-flow air filter and a souped-up supercharger pulley and engine computer software configuration.

The Predator is lower by around 3 centimeters and has strengthened suspension components. A redesigned exhaust system sees the manifold switched between two different sound levels. VIP Design claim that, the exhaust note was not deep enough and the original didn’t sound like a true V8 should, with the classic throaty rumble. However, with the tuned exhaust system, the pressure is released now in a much louder tone.

The lucky owners can choose from an array of 24inch alloy wheel designs. The package cost £12,600 and can be fitted to a factory F-Type R at VIP Design’s studio in West Midlands, England. For those who have the V6 model may also be getting a similar tuned package sometime in the near future. If you need this package in your life and know saving would take too long, there are ways to get around this barrier like applying for one of many instant car title loans. You can also take a look at payday loans Bakersfield California.

All tuners and tuning companies aim to not only shockingly improve the performance of an already high-performance sports car but to redesign what that car is on the road. The interior skeleton and muscle of the car has been changed, but the exterior hasn’t been overlooked. VIP Design have designed bonnet vents to support the cooling of the engine bay. Front and rear splitters, along with the now much larger rear diffuser are all fashioned out of carbon fiber.

Why this platform was chosen

Quintessentially British, the 2-door fastback Jaguar F-type R is one of the best sports in the world. It has a 5.0 liter supercharged V8, which bellows around 540bhp. The Jag’s party piece is the astonishing torque figures, generally rated at a whopping 500lbs/ft. The car itself weighs almost two tons, with the curb weight at around 1800kg. Pretty heavy for a sports car, but if you were sitting inside it, you wouldn’t notice as the 0-60mph time is still achieved in under 4 seconds. Flat out you’ll be invigorated to know that the top speed is a fantastic 186mph, which is unfortunately electronically limited.