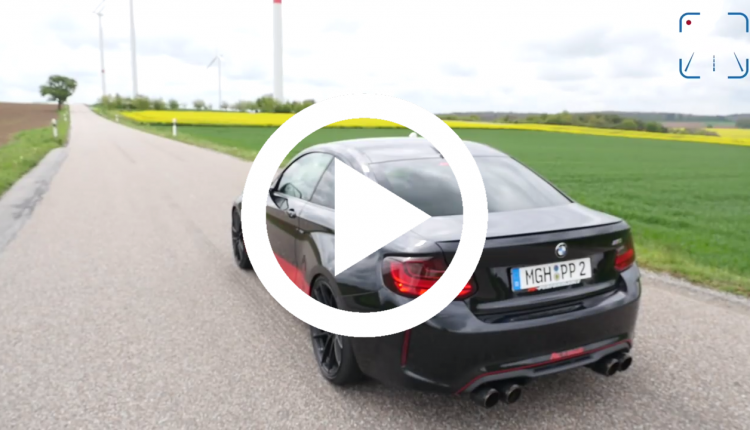 The BMW M2 packs 365 horsepower (272 kW) from the factory but we already know many tuners who can pump this number up substantially.

This particular one has been quite extensively modified by PP Performance to raise power output to 450 hp. To reach this figure, they fitted an enlarged turbo, downpipe, custom exhaust and an ECU tune which not only made it a lot more powerful but made it sound absolutely intoxicating.

Apart from the stickers on the car it looks relatively stock so you could catch someone out at a robot (traffic light) provided they don’t see the enlarged exhausts and the angry raspy soundtrack coming out of them.