Why Does The BMW M2 Smash The Audi RS3 With Rolling Start? 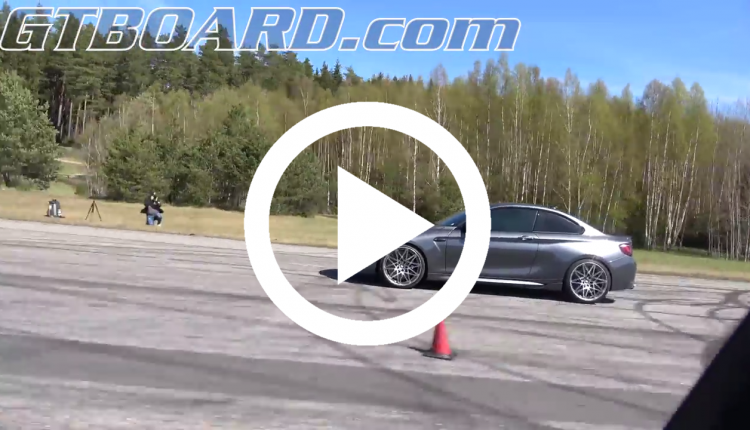 If you were to look at the specs of the two machines in the video below you would expect the race to be a lot closer would you not?

Why would the manual M2 give the RS3 such a wholopping from a rolling start? I am quite sure the Audi would teach the little manual Bimmer a lesson from standstill but this was a big surprise for me.