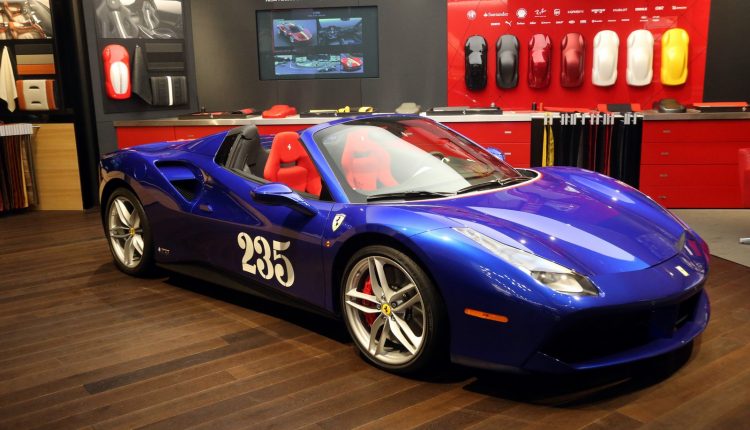 The main prancing horse attraction in Frankfurt would have been the brand new Portofino but they also brought along a stunning tailor-made 488 Spider creation.

The drop-top twin turbo V8 supercar is one of the 350 special editions built to celebrate the company’s 70th anniversary and as you can see, it has spent some time in the Tailor Made division. It draws inspiration from the 1954 500 Mondial Spider that was once owned by Porfirio Rubirosa. The 500 Mondial in question was one of only 14 open-top models of the series built by Pininfarina, and was owned by legendary Dominican playboy and gentleman racer Porfirio Rubirosa.

The 488 Spider pictured here wears the same blue exterior found on the original race car, with the number 235 emblazoned on the door panels, and a red leather interior. Blue contrast stitching looks phenomenal and don’t forget you get the 70th anniversary plaque on the rear firewall.