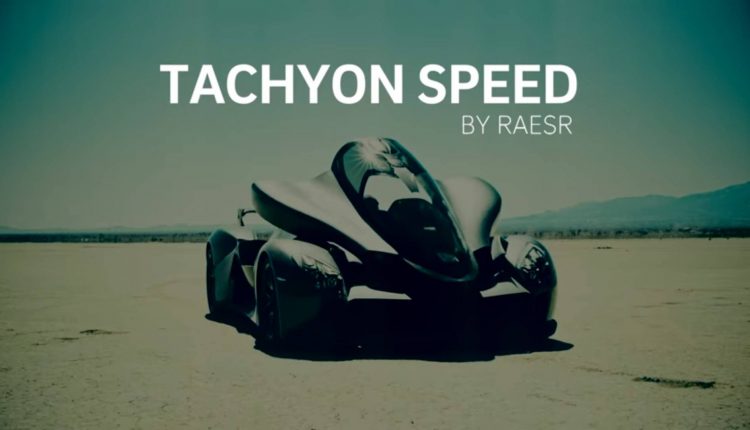 It has apparently been in the works since 2012 and it has adopted the name Tachyon from the hypothetical particle that moves faster than light. If the performance figures they have provided turn true, this will be a very apt name for the vehicle.

Thanks to the hypercar tipping the scales at just 1,338 kg, it can apparently hit 100 km/h in under three seconds 193 km/h in less than seven seconds and hit a top speed of 386 km/h.

Worried about the range of such a potent machine? Well you shouldn’t as they are claiming that the car has a range of over 241 km during city driving.