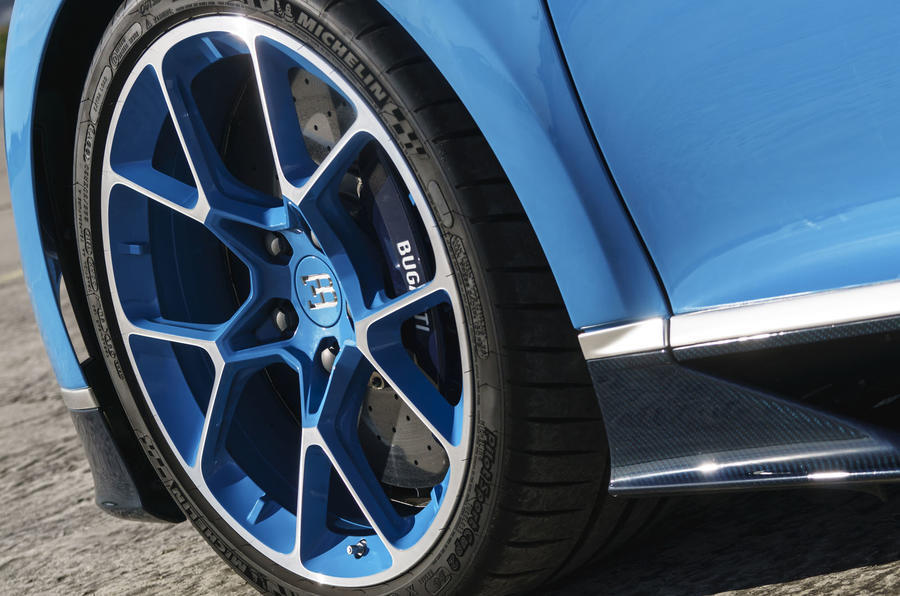 3D printing parts for cars is rising at an astronomical speed and Bugatti are setting themselves up to become the first manufacturer to use ultra-tough 3D printed brake calipers.

The craziest part is that they will be installed on the Chiron megacar later this year.

Each titanium caliper is made from a monobloc of titanium that is crafted using 400-watt lasers. Titanium powder is deposited in 2,213 layers to produce the part, which is heated to 700 degrees celcius during a 45-hour-long production process.

Bugatti claims the caliper, which is the longest car caliper in production at 41cm long – it weighs 2.9kg, 2kg less than the aluminium caliper currently offered with the 1479bhp car. Despite the reduction in weight, it’s said to be tougher than the aluminium part, able to withstand 125kg of pressure per millimetre. – AutoCar