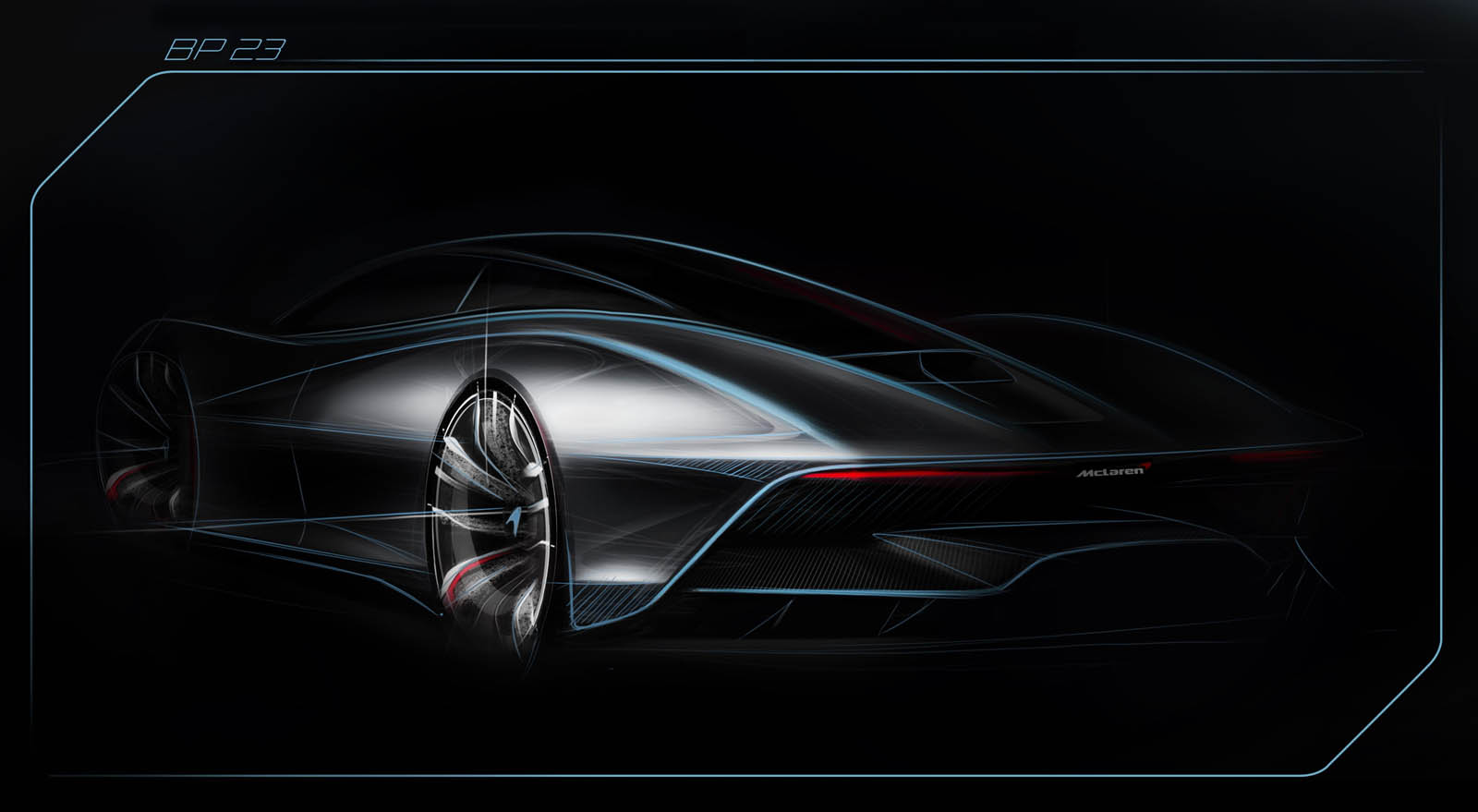 I am sure we all thought that McLaren were finished with the surprises from Geneva after the Senna GTR reveal but now they have fed us some news about the upcoming three-seater BP23.

While talking to Jolyon Nash, Executive Director of Global Sales and Marketing for McLaren, Jalopnik found out a few more details about the next Ultimate Series car currently codenamed the BP23.

We already know it will have a McLaren F1 style seating layout and that they are only going to build 106 units of it but the super luxury GT is being designed to cover ground comfortably and VERY quickly.

Nash revealed that thanks to a hybrid powertrain and a low drag design the BP23 will be the fastest accelerating car McLaren Automotive has ever produced.

Full figures, top speeds, and the like are yet to be released.